Man struck, killed by train at Railroad and Monroe streets 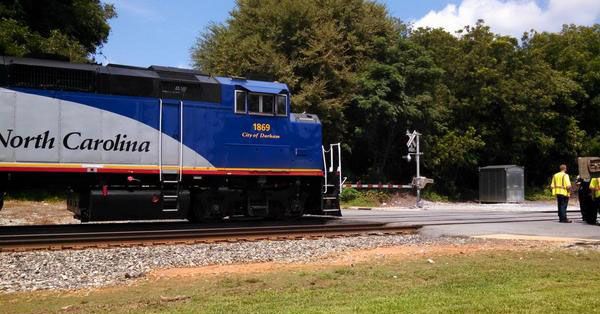 A 49-year-old Salisbury man died Wednesday after being struck by an Amtrak train as he was walking down the tracks near East Monroe Street.
Salisbury Police identified the man as Kelly Scott Daniels of 1028 B South Main St.
Salisbury Police, fire and emergency personnel responded to the scene around 1 p.m. near the intersection of South Railroad and East Monroe streets, across from Salisbury National Cemetery.
The train was traveling northbound between Knox Street and Military Avenue when train personnel saw the man walking north on the tracks. They immediately sounded the horn several times, but he did not respond. Train personnel were unable to stop the train in time, and the train hit him. Daniels died at the scene, a press release said.
It appears Daniels was wearing headphones while walking along the tracks.
Salisbury Police and Salisbury Fire departments responded and called in Rowan Rescue Squad to assist with removing the body as other trains continued to travel on the southbound tracks.
One of the cars on the train is an Operation Lifesaver car, an educational exhibit of railroad track safety rules.
According to the Federal Railroad Administration, 476 pedestrian rail fatalities occurred in 2013, including 19 in North Carolina.
It takes the average freight train traveling at 55 mph more than a mile to stop.
Contact reporter Shavonne Potts at 704-797-4253.