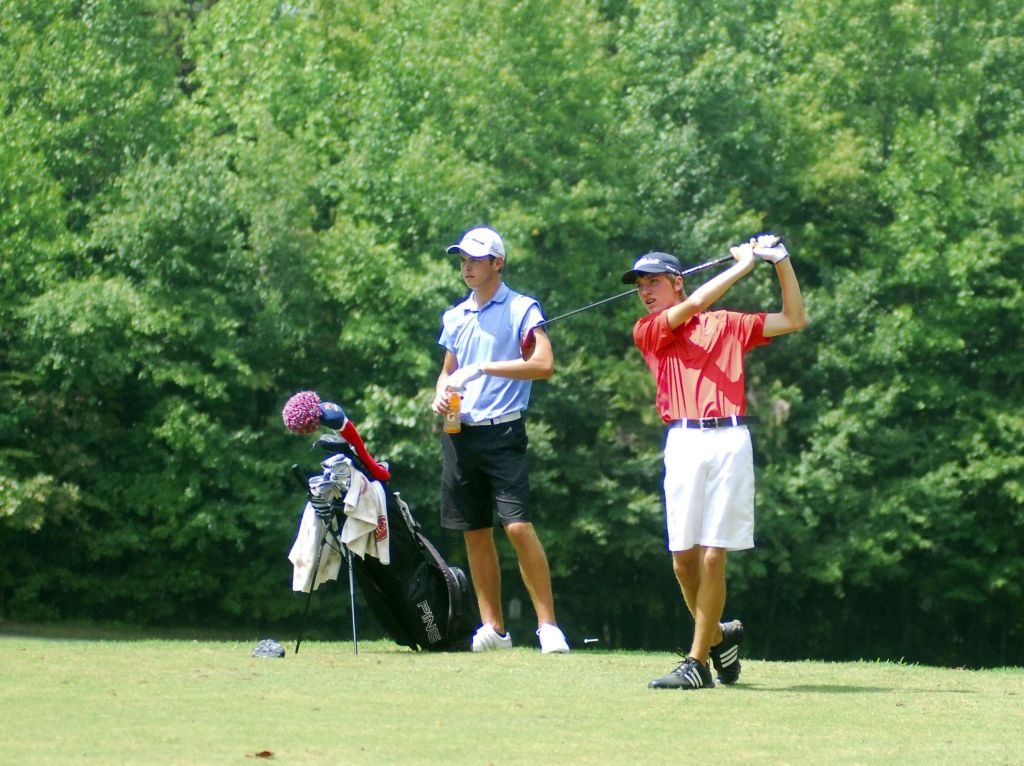 CHINA GROVE — Claiming the Rowan Junior Open was not as easy as it looked on paper for Logan Shuping, a rising junior at East Rowan. At the end of the day, Shuping was six shots clear of the field to claim the title in the Boys 16-18 division. Walker Simas, from Charlotte, shot a 1-under 70 to move into second place.
Shuping started Tuesday’s second round at Warrior Golf Club at 4-under, six shots ahead of Simas. Shuping came out on fire in the second round. He birdied four of the first six holes to move to 8-under for the tournament.
“I definitely wanted to get off to a hot start,” Shuping said. “If you get off to a hot start, it’s hard for somebody to come back on you. It was definitely key, and I was glad I could do that.”
The short par-four ninth is where he started to run into trouble. After driving down the left side and winding up in the rough, he shanked his second shot into the water on the right. That led to a triple bogey on the hole.
“I never expected to hit a shank,” Shuping said.
He bounced back with a par on the 10th, but he missed a short birdie putt on the 11th. His tee shot on the par-three 12th sailed out of bounds to the right. He left the 222-yard hole with a double bogey written on his scorecard.
“I knew I had to get myself back right mentally after that,” Shuping said.
He recovered to finish the round similar to how he started. He clinched the tournament title down the stretch with birdies on the 14th, 15th and 17th holes.
“It’s been a while since somebody from Rowan County hasn’t won the overall tournament, and I wanted to keep it in Rowan County,” Shuping said.
Samantha Vodry from Mooresville easily took the title in the Girls 14-18 division. Vodry went 77-76 to win by 13 shots.
Jimbo Stanley, from Raleigh, was the winner by two shots of the boys 14-15 division. He opened the tournament with a 1-under 70 at The Golf Club at Irish Creek. His second-round 76 was good enough for a two-shot victory over Rhodes Karriker, from Matthews.
Ryan Lux, from Mooresville, went wire to wire in the Boys 11-13 division with a 76-75. Lux beat Charlie Barr, from Salisbury, by eight strokes.
The Boys 8-10 division, which played two nine-hole rounds, was a hotly contested tournament. Lathan Moss, from Inman, South Carolina, and Abhay Gupta, from Concord, carded 35s in Tuesday’s second round. Moss, came out ahead because of Monday’s 41 at The Golf Club at Irish Creek. Gupta finished one shot back in second, and Ben Childress, from Salisbury, took third with a two-day 78.