Football tab: Bring back the draft

Don’t worry, not that draft.
I’m talking about the NFL Draft, which is the biggest non-event in sports.
It started out as fun way to avoid yardwork on a Saturday for football fans hungry for pigskin-related material in the spring. The first and second rounds were on a Saturday usually in late April and the television theatrics surrounding the event were modest. It still had a cult-like popularity with football fans back before ‘the shield’ had their mark on nearly every facet of pop culture.
A few years ago, the first round of the draft was moved to Thursday night and the second and third rounds were on Friday evening. This year, the draft was moved to May for the first time,
Yes, there are people who wait hours on end to get into Radio City Music Hall in New York City to watch Commissioner Roger Goodell call out names handed to him on a card. This year’s version brought in about 45.7 million viewers across the three-day span according to the Nielson Company. Of course, this is well beyond the attention given baseball playoff games,
As soon as the Super Bowl ends, ESPN talks about that for a few days. Then reality sets in as we enter the barren winter sports scene and its draftapalooza. Weekly mock drafts, the draft combine, Jon Gruden’s pre-draft camp,
‘Big football’ is becoming like ‘big oil’ or ‘big medicine’ and the draft is one of its scientific experiments that’s got the entire laboratory in smoke. Football drives the bus in this country and that’s good for high schools that depend on their teams to bring in revenue and supply their communities with pride.
The draft is three days of actual selections preceded by four months of exploitation. If that’s not indicative of football in America, I don’t know what is.
•

So as I sat there watching Jadeveon Clowney, Sammy Watkins and the ever-bombastic Johnny Manziel join the most popular sports league in the world, I wondered how would a Rowan County high school football draft go? There’s a different context to this list. These guys are high school athletes and not meant to be graded like cattle as is the case with those hoping to make the NFL.
The list of the 32 most draft-ready players was heavily discussed between Mike London and I with input from coaches in the area.
The football media-industrial complex is strong in America and the Post is part of that at a local level. When you think of it, it’s sort of a spectacle in its own right. Thursdays feature ‘Friday Night Hero’ stories and a notebook featuring odds-and-ends from the previous week with photos we didn’t have room for on Saturday. Friday is usually a bombardment of stories, the most popular of which is ‘Common Sense’ which usually confuses, excites and enrages players, coaches, parents and fans. Then game previews, a Friday Night Legend, and a column to get everyone fired up in case they weren’t already. It’s a level of dedication which borders on sensationalist.
So heck, why not do a Rowan County draft? Not seven rounds or anything, but one round, 32 players, like what happened on Thursday, May 8 this year. So a couple weeks ago, one player from each school came to the Post’s photo studio with formal wear like they were at Radio City Music Hall about to walk on stage with NFL Commissioner Roger Goodell. Photographer Jon Lakey did the rest.
•

Even in the spring when North Rowan’s boys basketball team was on a run to the state 2A championship game, the talk in the eastern part of the county was who would be head coach of the Mustangs this fall. Everyone throughout the area cheered a couple months later when former West Rowan star Chris Smith was taken by the Jacksonville Jaguars in the fifth round. Smith didn’t throw a huge party or watch it unfold in New York. He stayed right here in North Carolina, viewing it with his family. a nod to Smith’s low-key demeanor and appreciation for those who helped him reach his dream.
Next year, there’s a chance we could see Smith’s old teammate K.P. Parks be selected depending on what happens his senior year at Virginia.
Most Rowan players won’t get drafted to the NFL of course, but I’d like to think they’ll appreciate clippings in the Post when they look back at their scrapbooks. Again, people’s livelihoods are at stake on Friday nights and not just those on the field. I’m assuming the readers of this section are a part of that.
•

So on the cover, you’ll see some of the players that were selected. There’s two-sport studs Riley Myers of Salisbury and Harrison Baucom of West Rowan, East Rowan’s bellcow in Daniel Jones, South Rowan quarterback Aaron Kennerly, Rowan County’s battering ram in Carson’s Brandon Sloop (who could pass for a secret service agent on page 30) and North Rowan’s Jareke Chambers, who showed he can dress like a No. 1 pick if nothing else. Chambers has Division I teams all over him heading into his final year after winning County Offensive Player of the Year in 2013.
•

I’d be remisse if I didn’t thank Post designer Andy Mooney, who’s been the unsung hero in bringing you all the neat covers for special sections we’ve done the last few years.
I hope you take this county ‘mock draft’ in the right spirit. It’s intention is fun and not meant to be a definitive list of who’s better than who. There’s several good players that weren’t included and I’m sure the order of the picks will generate discussion and interest from fans in the county. We’ll undoubtedly make some mistakes. It might be a bit much to parallel the draft to life, but in both, it’s a crapshoot.
•

This is also going to double as a farewell column. I’m leaving sports journalism to pursue another endeavor at Pace Communications in Greensboro. I’ve enjoyed my time in Salisbury and am indebted to a lot of people for the opportunities that were presented to me, including becoming sports editor last fall.
It’s been a weird year for us in sports. Between the sale of the paper and ensuing staff changes along with the death of late sports editor Ronnie Gallagher, there’s been some instability. But sometimes in life, you get ‘drafted’ into a circumstance and make the best of it. The Post, I believe, will come through and be stronger. Mike London is still chugging along as are dependable guys like David Shaw and Marny Hendrick. More help is on the way.
Coming out of the bullpen is Adam Houston, formerly of the Statesville Record and Landmark, who’ll be taking my spot. Houston’s been around Rowan schools when East/West/Carson/South were in the North Piedmont Conference so he’s familiar with the atmosphere here. I’m sure he’ll do a fine job.
He’s been drafted too. 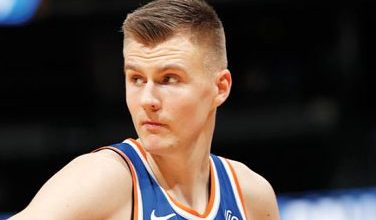