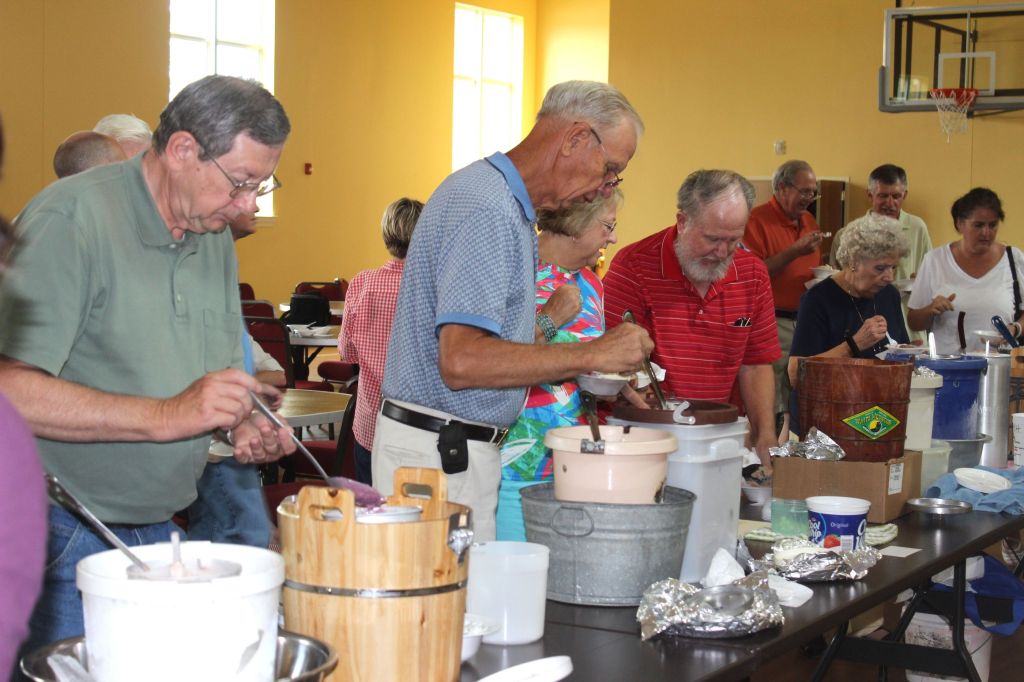 By Susan Shinn
For The Salisbury Post
CHINA GROVE — In many families, recipes are lovingly passed down through the generations. It’s the same thing with church families.
Earlier this month, the Women’s Ministry group of Mount Zion United Church of Christ published a new cookbook, appropriately titled, “Our Recipe Legacy.”
The books sells for $15, and proceeds will be used to replenish Women’s Ministry funds. The women recently furnished a new parlor in the church’s addition, as well as purchasing padded chairs for the dining area. Anyone who purchases a cookbook will also receive a digital copy.
“Our parlor and our new building are being used in so many different ways,” says Shelly Hunter, who serves a Women’s Ministry leader. “It’s really exciting.”
The cookbook committee published 200 copies of the cookbook, and Hunter notes that reprints can be ordered. Those serving on the committee with Hunter included Lisa Lowder, Brenda Bassinger, Joan Corriher, Hilda Roseman, Louise Deal, Doris Yost and Peggy Simpson.
Published by Morris Press Cookbooks, it features all the standard categories found in most cookbooks, along with some gluten-free recipes, she notes.
“For our congregation, it was a way to honor the parents and grandparents who passed down these recipes to us,” Hunter says.
As the dedication reads, “This cookbook is put together in memory of the legacy of those who have gone before us, in honor of the ones who are presently with us, and for the ones who will come after us.”
“Many of these recipes have been passed down and we want to pass them down,” Hunter says.
The cookbook committee used an online format to enter the recipes, and Hunter proofread many of them.
“If you don’t cook all the time, you don’t think about instructions,” she says, “and if you do, you think people know what to do.”
Desserts are always a hit with the Mount Zion congregation, Hunter points out. In fact, about half the cookbook is devoted to sweet treats.
Doris Yost submitted Toasted Coconut Ice Cream, a specialty of husband Bob, which won best-tasting ice cream at the congregation’s ice cream social in July.
“That recipe is to die for,” Yost says.
Yost cooks a lot and has lots of recipes. “I tried to choose recipes that aren’t intimidating to fix.”
Growing up, she baked with her mother, but didn’t start cooking until college, when she and her roommate loved to have people over.
“The more compliments you get, the more confident you get,” she says of cooking.
Anne Corriher’s mother, Becky Drye, taught her to cook. She’d often start dinner before her mother got home from work, and the two would finish together.
“I submitted recipes that are my favorites from my hodgepodge of recipes,” Corriher says.
That includes Lanny’s Spaghetti Sauce, a recipe that came from a co-worker of her father, the late Curt Helms.
“That recipe means so much to me,” she says.
Corriher and her mom are next-door neighbors, and her mom often cooks for her, she says.
“I like to cook when I have time,” Corriher says.
Corriher hopes one day that she’ll have more time to cook. Until then, she has her mom — and a brand-new cookbook to use.
To purchase “Our Recipe Legacy,” call Shelly Hunter at 704-857-6085 or Lisa Lowder at 704-855-1238.