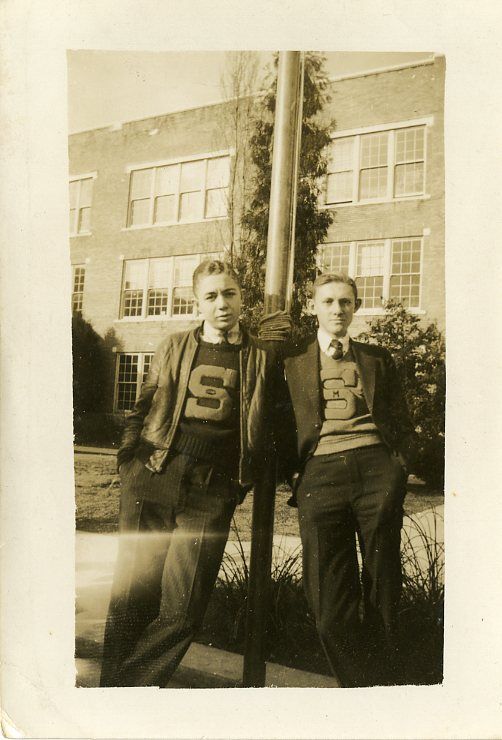 In this photograph, probably from 1938, Dave Graham Jr., left, and John B. ‘J.B.’ Caldwell Jr. pose next to the flagpole in front of Boyden High School (today’s Salisbury High). Both men are now deceased. Graham probably is best known as chief of the Rowan County Alcoholic Beverage Control Board’s law enforcement unit, experiencing his share of raiding liquor stills, chasing bootleggers in cars and searching homes. He also would be a Secret Service agent and later retire as general manager for the ABC Board. Caldwell owned and operated the Caldwell & Son store for roughly 30 years in Mount Ulla, and he also delivered mail for more than two decades in the western end of Rowan County. The photograph was among many old pictures belonging to John Caldwell III and Dan Caldwell, sons of J.B. Caldwell Jr. Dan says his father lettered as a manager for the Boyden High basketball team. Dave Graham, a 1938 graduate of Boyden High, was a football and basketball star who was offered scholarships to both Catawba College and Clemson University, but he started his career in law enforcement instead. During World War II, he was drafted into the Army and served in the Air Force military police.