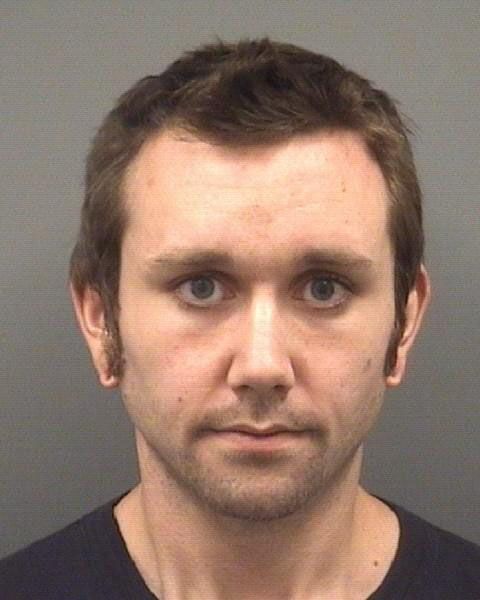 Police have linked two men to a number of vandalisms that were marked by the use of U.S. postage mailing stickers being “slapped” on buildings, light fixtures and other things thoroughout Salisbury.
Robert Corrwin Hamby, 23, of the 400 block of Bringle Ferry Road, Salisbury, was charged with 14 counts of injury to personal property and one count of first-degree trespass. He was issued a $10,000 secured bond and remains in the county jail.
Jeremy Wayne McKeithan, 27, of 3500 block of Potneck Road, Woodleaf, was charged with 14 counts of injury to personal property and one count of first-degree trespass. He was released after posting a $10,000 secured bond.
Over the past several months, the Salisbury Police Department responded to numerous reports of vandalism from business owners and residents.
The vandals wrote words like pretzel, promo, juice box, saint, TLC or TPS on signs, utility boxes and newspaper boxes throughout downtown Salisbury.
Police Chief Rory Collins said in a statement that those responsible for these acts of vandalism had also recently transitioned to “slap tagging.” That involves sticking adhesive labels, most of which were postal stickers, on objects. The stickers had stenciled or drawn images on them.
The cases were assigned to the Police Interdiction Team, or street crimes unit, with Officer Jennifer Moreau taking the lead in the investigation, Collins said.
After an investigation, the unit was able to identify McKeithan and Hamby. Collins said there are more vandalism incidents that have occurred than those that the two men were linked to, and he encourages anyone who believes they were a victim to contact the Salisbury Police Department at 704-638-5333.
See more details in Tuesday’s Post.