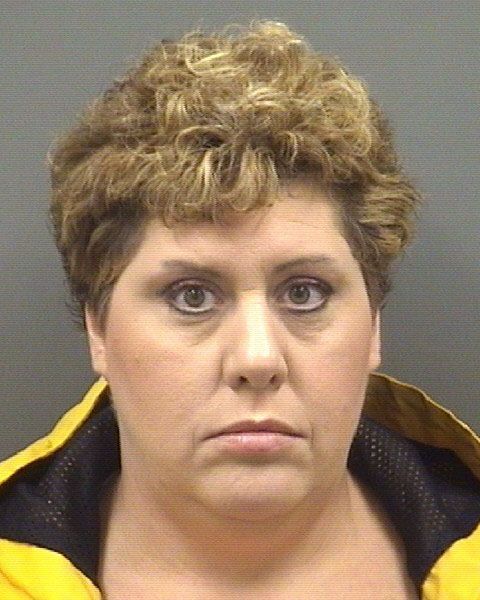 A Landis woman remains in the Rowan County jail today after authorities say she took money from a widow for more than a year by offering to help with her finances.
The Rowan County Sheriff’s Office charged Vickie Hunsucker Threatt, 45, of the 400 block of North Kimmons Street on Friday with a number of financial fraud and identity charges.
Authorities said the victim, 68, knew Threatt and trusted her to help pay her bills after the victim’s husband died in April 2013. The husband had been the primary person who paid the household bills, said Capt. John Sifford.
Threatt told the woman she had experience and training in accounting. Investigators said Threatt obtained three credit cards in the victim’s name and took thousands of dollars from the woman’s savings account from April 2013 to March 2014.
Threatt was an employee of Linn-Honeycutt Funeral Home in Landis. She is charged with 18 counts of felony forgery of bank notes, four counts of felony uttering a forged instrument, 17 counts of felony obtaining property by false pretenses, three counts misdemeanor credit card fraud and three counts felony identity theft.
Threatt went with the victim to her bank and added her name to the woman’s account. In July 2014 the victim noticed there were transfers from her savings account to her checking account that took place in March. The victim also received calls from collections agencies regarding her accounts. The victim asked her brother to look into the matter.
The victim and her brother went to the bank to obtain records of transactions that had been made on the account and ran her credit report. Threatt opened three credit cards in the victim’s name that she did not authorize and that carried outstanding balances, authorities said.
Officials said Threatt had been using the victim’s account as her own.
Threatt was booked into the Rowan County Detention Center under a $150,000 secured bond on Friday where she remains.
In 1994, Hunsucker was convicted of misdemeanor larceny.
Contact reporter Shavonne Potts at 704-797-4253.

For thousands of women in North Carolina, the hot color this season is camo. Over the past seven years the... read more