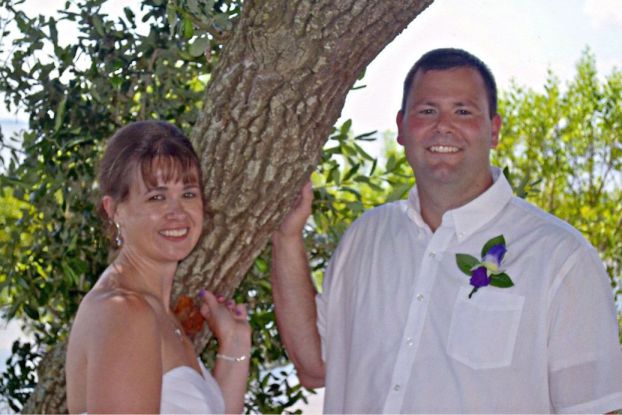 COROLLA — Julie Smith and Matthew Litaker were married July 12, 2014, in Corolla at the Outer Banks.
Julie is the daughter of Larry and Betty Smith of Ararat, Va., and the granddaughter of the late George and Maggie Smith of Ararat and the late Otis and Helen Pack of Stuart, Va.
Matthew is the son of Katherine and Ed Kirschner of Holly Springs and Michael and Suzy Litaker of Rocky Mount. He is the grandson of Darlene and the late Roy Drye of Salisbury and Anne and the late Frank Litaker of Matthews.
Melissa Poston, sister of the bride, served as matron of honor, and Abigail Poston served as flower girl.
The groom’s brother, Joseph Litaker, was best man, and Caleb Poston was groomsman.
The couple honeymooned in Charleston, S.C., and the Outer Banks.
The wedding director was Katie Wakeford. Wedding and reception attendants were Karen Buchanan and Ashley Hornbeak. Photography was by Jonathan Smith and David Poston.

From 30,000 feet, Pope Francis reaches out to Beijing