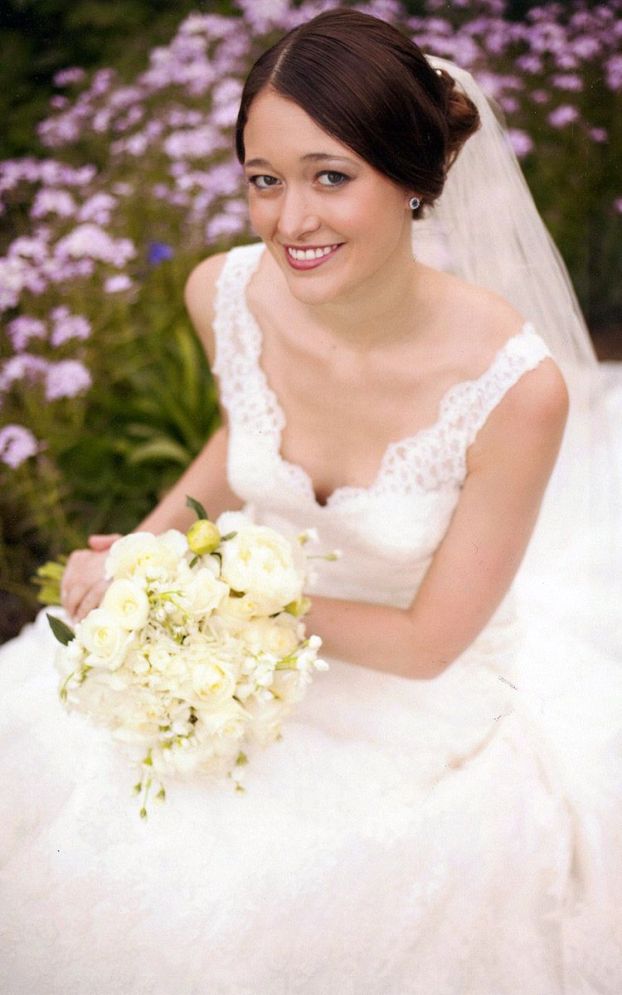 GREENSBORO — Jennifer Lynn Simon and Christopher Douglas McKenzie were united in marriage June 28, 2014, at First Christian Church in Greensboro. The 5 p.m. ceremony was officiated by Ms. Mallory Magelli. The reception followed at Carolina Theatre.
The bride was escorted by her father and attended by her sister, Allison Simon of Miami, Fla., as maid of honor and Chelsea Nuzum of Raleigh as matron of honor. Bridesmaids included Catherine Moore of Washington, D.C.; Abbey Thompson of Chicago, Ill.; Jill Simon of Temple, Texas; and sister of the groom Adriane Morris of Salisbury.
The groom chose his father, Kevin McKenzie, as his best man. Serving as groomsmen were Alexander Earnhardt of Fayetteville, Ark.; Ritchie Fesperman of Durham; Brett Mundy of Raleigh; Austin Peacock of Raleigh; and brother of the bride Michael Simon of Temple, Texas.
Serving as ushers were Mathew Vanhoy of Salisbury and Nathan Clark of Raleigh. Ceremony music was performed by pianist Daniel Duncan of Fredericksburg, Va., and guitarist Josh Shinn of Raleigh.
Attending the bride as flower girls were the groom’s nieces, Ava Morris and Madelyn Morris. Owen Morris, nephew of the groom, was the ring bearer.
The bride is the daughter of Terry and Vicki Simon of Greensboro and granddaughter of Dorothy and the late Robert Simon of Dallas, Texas, and the late James and Sally Cook of Baton Rouge, La. A 2005 graduate of Western Guilford High School, Jennifer graduated summa cum laude from North Carolina State University with a Master of Science degree in Accounting. She is a senior auditor for Pricewaterhouse Coopers in Raleigh.
The groom is the son of Kevin and Denise McKenzie of Salisbury and the grandson of Polly Fisher and the late Douglas McKenzie and Baxter and Beth Turner, all of Salisbury. A 2005 graduate of East Rowan HIgh School, Chris graduated summa cum laude from North Carolina State University with a Bachelor of Science degree in Accounting. He is a senior auditor for Pricewaterhouse Coopers in Raleigh.
Following a wedding trip to Great Exuma, Bahamas, the couple will live in Raleigh.