Munro’s stories much more than words 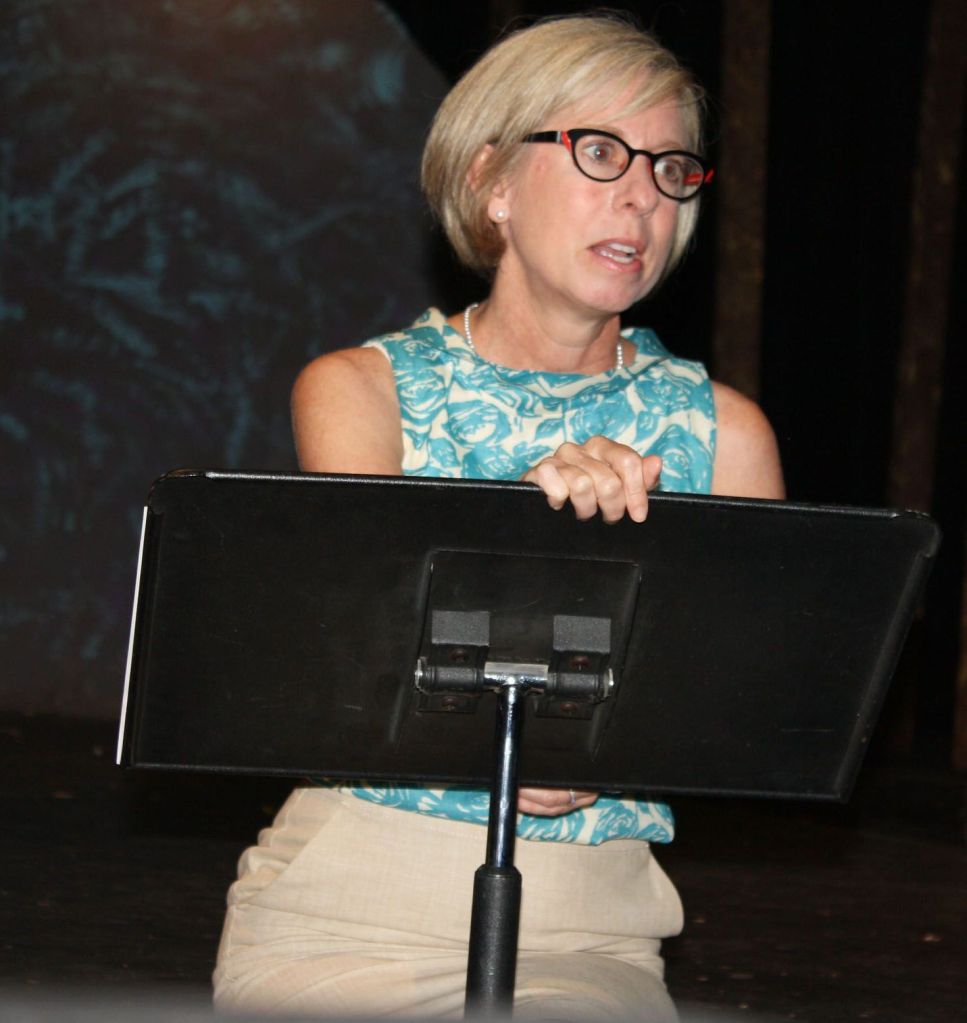 It was a small group that gathered to hear insight about and discuss Alice Munro’s work as part of the Summer Reading Challenge.
Organizer Jennifer Hubbard thanked the faithful following who had come to all three events and said she’d do it all again next year. “We’ll do a classic, a nonfiction and a surprise, and I hope to get an author to talk to you.”
Then she got serious about Munro and the stories in “Hateship, Friendship, Courtship, Loveship, Marriage.”
Some people don’t like short stories, Munro’s forte, and some don’t like her lack of happy endings, or much happiness at all.
“I like to challenge myself,” Hubbard said. She agreed that some Nobel Prize-winning writers (Munro won in 2013), are inaccessible, “But Alice Munro is very accessible to me, to my students, to the general public.”
Hubbard said, “When I finish an Alice Munro story, I wish it weren’t over.”
But Hubbard agreed happy endings are not Munro’s thing. Munro grew up with a mother who taught school and a farmer father, who pretended he didn’t like to read because it wasn’t manly to enjoy it.
The first story she wrote was a happy ending for the fairy tale by Hans Christian Andersen, “The Little Mermaid.”
“I have a sense of her looking at a life that’s half-lived and wanting to uncover that,” Hubbard said, while some writers want to make sense of something. Munro starts with a plot, but doesn’t always stick to it.
“The Bear Came Over the Mountain,” one of her best stories, starts out as the story of a woman slipping into dementia, but is it?
“This story goes places you don’t think it will go,” Hubbard said. The story is more about the woman’s husband, Grant, and his lifelong philandering. He realizes — or does he? — what he didn’t take care of and nurture.
Betty Mickle said the story was hard to read for her, it was “too close to those of us who are older.”
Howell Davis pointed out that when Fiona attaches to Aubrey, a man in the nursing home, Grant feels a sense of competition. “But turnaound is fair play,” Davis said.
The story is haunting, full of detail. It starts off in an ordinary way, but Munro takes it out of the ordinary with her structure, point of view and chronology.
Hubbard pointed out the title, “The Bear Came Over the Mountain.” We all know the bear went over the mountain. “I get the sense he’s not coming back, or he stayed on the other side of the mountain.”
Who is the bear? Grant. As he realizes his wife’s affection has shifted, he starts to examine his own life, and his timing is poor. While Grant isolated himself so often from Fiona, now her dementia isolates him.
“Notice, he gives her a book about Icleand, not Hawaii or Paris. It’s cold. He’s cold.” He hasn’t given of himself in all these years. “He’s feeling alienated and alone and maybe that’s what he deserves,” Hubbard said.
The story is full of clues about who Fiona is, what her life was like. But it’s about Grant’s reaction to where they have arrived in life. When Aubrey leaves the nursing home for a while, Fiona declines, and Grant decides he has to get Aubrey back to her. The tale’s last paragraphs are completely ambiguous about which he Fiona is embracing — it seems to be Grant. Fiona says, “You could have just driven away.” And continues, “Just driven away without a care in the world and forsook me. Forsooken. me. Foresaken.” Grant replies, “Not a chance.”
Hubbard said Munro doesn’t take sides in the story, but “lays it out there.”
Davis responded to Hubbard, “Some of her characters are very cruel,” which was the perfect segue to discussion of “Hateship, Friendship, Courtship, Loveship, Marriage.”
This story is about Johanna, subject of a cruel trick by two bored teenage girls. But the trick is on them, as readers discover at the end. The title is a game girls played, much like “he loves me, he loves me not.” It’s childish and silly. “It’s all about chance and the randomness of life.”
Hubbard said Munro started the story the first time with the girls writing a fake letter to an absent father, purportedly from Johanna, the family’s caretaker. Then Munro added layers to it, so the ending becomes a sly and rather delightful surprise. “It’s harder to know where to end than where to begin,” said Hubbard, who is a full-time writer now.
At the end of the story, one of the girls, Edith, is translating Latin, boring busy work, when she hears that Johanna, subject of their cruelty, has married the man and had a baby named Omar. “For where, on the list of things she planned to achieve in her life, was there any mention of her being responsible for the existence on earth of a person named Omar?” Munro writes.
“Edith is going to be stuck in this small town,” Hubbard said, “probably working at the shoe store” her family owns, and the person she found contemptibly dull has a new life, thanks to Edith’s lies.
“There much more humor in this story,” Hubbard said.
She pointed out Munro won the Nobel for her body of work, not just one story. “There is so much more to Alice Munro. She writes about the small things, the human heart and its capriciousness, how it unexpectedly motivates us.”
Someone said the story has been made into a new movie, “Hateship, Loveship,” starring Kate Wiig, but it’s been updated. The fake letters are now email.
A groan rose from the audience.

The Summer Reading Challenge will return in 2015, with all new material.