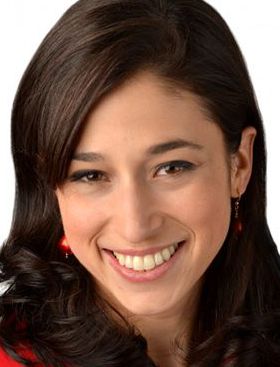 Another dubious role model for girls

WASHINGTON — Lego’s groundbreaking female-scientists set sold out almost immediately after it was released this month. But never fear, fans of feminist toys: A new Barbie doll, now in stock, is also shattering the plastic ceiling.
Yes, that swan-necked, thigh-gapped beauty has had a makeover and yet another career change. As of this summer, she’s available as Entrepreneur Barbie. She doesn’t belong to a specific industry or business, per se, but she’s sure got a fab wardrobe.
Clad in a tight, hot-pink dress and sky-high black heels (which presumably limit how far she can lean in any given direction), Entrepreneur Barbie carries a patent-leather briefcase, pink clutch and what appear to be a knock-off iPhone and iPad . She also comes with her own coterie of “Chief Inspiration Officers,” real-life female founders of organizations such as Rent the Runway and Girls Who Code, who joined her for a “pink power lunch” on Twitter. She even has her own hashtag, #unapologetic, the same one Mattel used when Barbie teamed up with Sports Illustrated for its latest swimsuit issue.
I want to love Entrepreneur Barbie. I really do.
If nothing else, she’s a huge improvement over Barbies of years past, when they cried “Math class is tough!” and were primarily (if not exclusively) confined to pink-collar occupations such as candy-striper, ballerina, aerobics instructor, nurse, flight attendant and model. Not so long ago, a line of career-oriented Barbie dolls called “I Can Be” even included “Bride” as a possible career aspiration. Even the more nontraditional, “empowering” jobs sometimes tended toward the twee and overtly nurturing: Barbie has been a doctor several times, with specialties including “kid doctor,” “baby doctor” and “newborn baby doctor.” Likewise, Barbie has been all manner of chef, including a cookie chef, sweets chef, dessert chef, pancake chef, pastry chef and pizza chef.
Her new job title also suggests that she’s her own boss, and she maybe even has employees. In an era in which little girls are still called bossy for behaviors praised as leader-like in boys, maybe this isn’t so bad.
Pop-cultural messaging matters for girls’ career aspirations. Girls Who Code, which organizes computer-programming boot camps for underprivileged girls, has found that one of the most frequent career aspirations cited by its applicants is, of all things, forensic scientist. Why? Think of all the badass, lab-coated women on TV shows such as “CSI” and “Bones” who happen to be forensic scientists. They’re the most visible role models for young girls who have shown an aptitude for science. As Reshma Saujani, the founder of Girls Who Code, puts it, “You can’t be what you can’t see.” So perhaps businesswomen Barbie dolls, like paleontologist Lego ladies, can provide a useful role model to impressionable young girls.
And yet, and yet. Something about this whole Entrepreneur Barbie marketing campaign seems so cynical and exploitative, the collision of two increasingly tedious, shark-jumping media trends.
One is the explosion of viral advertising campaigns marketed under the guise of girl power, like Pantene’s ad on over-apologizing women; Always on “throwing like a girl”; Dove on “You are more beautiful than you think”; or going back much further, Virginia Slims’ “You’ve Come a Long Way, Baby.” While ads that reinforce traditional gender roles or prey on women’s insecurities aren’t desirable either, this alternate breed of marketing campaigns often comes off as slick and disingenuous.
The second is America’s peculiar pop-cultural obsession with entrepreneurship. “Entrepreneur” is such a vague and nebulously trendy profession that Mattel might as well have released Buzzword Barbie.
Entrepreneurship rates are tanking across the country, but somehow the social status of entrepreneurs seems higher than ever. In the age of “The Social Network,” “Shark Tank” and media narratives that mythologize founder-CEOs, the job title of “entrepreneur” sounds as glitzy as being a princess, actress, fashion designer or any other traditionally glamorpuss Barbie profession. Barbie’s latest career shift seems designed to capture not the imaginations of 7-year-old girls (did you know what an “entrepreneur” was at that age?) but those of parents dreaming of get-rich-quick schemes that sound more respectable than “reality TV star.”
Of course, the reality of entrepreneurship isn’t nearly as glamorous as Hollywood, or Mattel, makes it out to be; a more authentic Entrepreneur Barbie would come not with stylish pumps and a fuchsia clutch but a bowl of ramen and a six-pack of Red Bull. But admittedly realism — in anatomical proportions, career trajectories or otherwise — has never really been part of Barbie’s appeal.
Rampell writes for the Washington Post.

Laurels to all the volunteers who took part in a “beautification day” at Knox Middle School on Monday. The school’s... read more