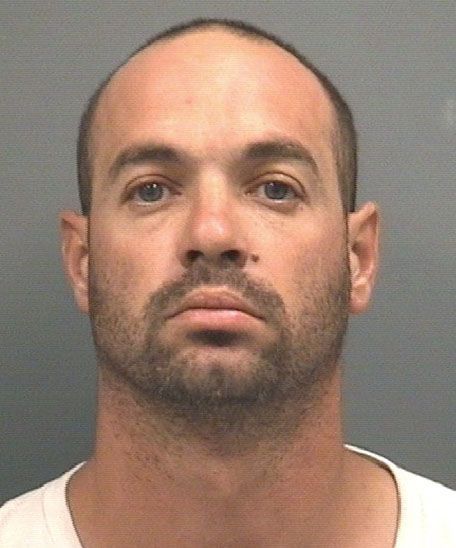 Authorities charged a Concord man with setting fire to his estranged wife’s Rockwell home in a fit of anger.
The Rowan County Sheriff’s Office charged Bryan Adam Brindle, 34, of the 800 block of Chalice Street, with felony second-degree arson and felony breaking and entering.
Officials said on Wednesday they responded to the 100 block of Johnson Dairy Road to a fire that was believed to be arson.
A deputy spotted a man, later identified as Bryan Brindle, standing by a white pickup. A report said the deputy could immediately smell some sort of fuel on Brindle.
“Mr. Brindle’s face was emotionless and his eyes were fixated in a stare,” the report said.
The deputy told Brindle he was detaining him for his own safety, the officer’s safety and that of the fire department that responded.
Brindle told the deputy, “Well I should hope so, I just set a house of fire,” the report said.
The report further said Brindle admitted to dumping gasoline in several locations in the house and “lighting it on fire.”
He told the deputy he and his wife had been separated for 14 months and he had just found out about “some things she had been keeping from him and he snapped,” the report said. Brindle later asked for an attorney.
He is expected in court this morning. Brindle remains in the Rowan County Detention Center under a $50,000 secured bond. He has been convicted of a few traffic infractions including driving while license revoked and driving while impaired.

ROCKWELL — After years of questions, Blake Norway, 11, will be able to visit his grandfather’s final resting place. The... read more