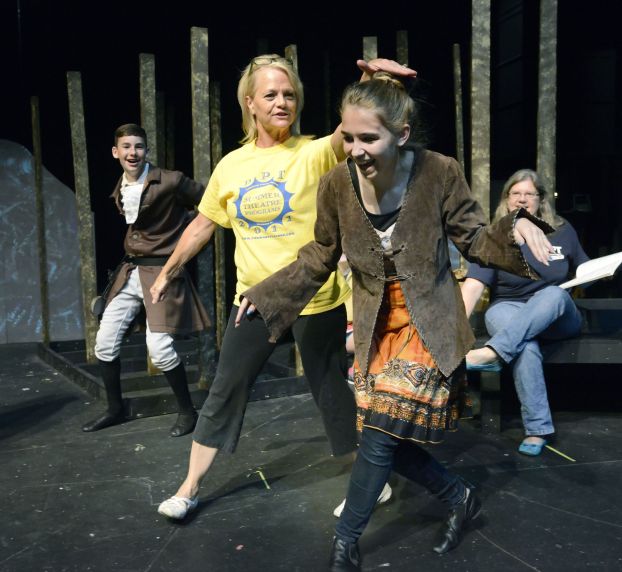 Another fun-filled summer for young theatre lovers will conclude this week at the Norvell Theater with a modified performance for campers’ family and friends. The students, led by Piedmont Players Theatre Youth Director and Choreographer Gwen Matthews, will perform a 30-minute version of “Disney’s Pocahontas” after the two-week intensive Performer Camp.
With most PPT summer camps only lasting one week, the Performer Camp requires campers to attend two consecutive weeks where they learn choreography, music and scripts to the entire show.
“Pocahontas” is the final of 17 separate camps that have been held at the Norvell and Meroney Theaters since June 10. Camps ranged from musical performance to technical camps focusing on costume and makeup design. While most PPT camps are geared towards third thru 12th grade, the overwhelming demand for a creative outlet for “the little ones” of Rowan County inspired PPT to add three camps this season specifically for K-2 aged children.
Most camps were held Monday through Friday from 9 a.m. to 2 p.m. with a break for lunch. Each week also concluded with a mini performance for friends and family of the participants where they were given the opportunity to demonstrate the skills they learned.
This marks the sixth season of PPT’s Summer Camp schedule and with over 250 campers was by far the most popular. After a poll of all the “Pocahontas” campers, 100 percent expressed interest in returning to PPT’s Summer Camp next season.
“The increased interest we have received from our summer camps each season is one of the reasons we have decided to begin a youth theatre academy this fall,” says Marketing Director Josh Wainright. Beginning Sept. 16, PPT will launch a new educational program at the Norvell. The program is being developed and instructed by Rowan County Teach of the Year Alex Reynolds with instructor Bristol Glass assisting, and will consist of a structured curriculum spanning 20 weeks.
For additional information on Theatre Summer Camps as well as all of PPT’s Youth Theatre educational opportunities, call 704-633-5471 or visit www.PiedmontPlayers.com .

Your daily look at late-breaking news, upcoming events and the stories that will be talked about today: 1. PALESTINIANS MULLING... read more