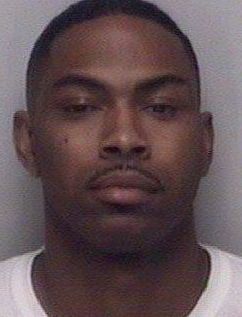 After being charged with felony cocaine possession nearly six months ago, a Salisbury man was ordered to pay taxes on the drugs that he allegedly sold.
The N.C. Unauthorized Substances Tax could be one of the least-known taxes required by the Department of Revenue, but it brings in millions a year for the department.
Salisbury Police charged Richard Ira Phifer, 46, in late March with felony possession with the intent to manufacture, sell and deliver cocaine, misdemeanor maintaining a dwelling for controlled substances and misdemeanor possession of drug paraphernalia.
Members of the Police Interdiction Team (PIT) found crack rocks, digital scales, plastic bags and $1,352. Police found 2 grams of cocaine at the home.
Authorities said Phifer, of the 300 block of North Shaver Street, is accused of selling cocaine from a window in his home. Investigators tested the window sill, where they found a powdery substance.
Police also seized a 2002 Honda Accord, said Police Lt. Brian Stallings.
Essentially, the car would remain seized or Phifer could pay the drug tax, Stallings explained.
The tax is an excise tax on controlled substances, which can include marijuana and cocaine, as well as “illicit spirituous liquor” or moonshine, mash and illicit mixed beverages. The tax is due by any person who possesses an unauthorized substance upon which the tax has not been paid, according to the N.C. Department of Revenue.
Once a taxable offense is committed, investigators contact someone with tax enforcement who does an assessment. The assessment determines if the value of the property in question.
Just because the tax is paid does not make the substance legal. It simply satisfies a person’s duty to pay the tax.
Phifer came forward to the police department, officials said, because he was told there was an outstanding drug tax warrant upon him.
Phifer arrived at the police department and handed over 29 $100 bills to pay the tax in order to get his vehicle returned to him, Stallings said.
He was given a ticket as proof of payment and taken to the city garage where his vehicle was being held. The vehicle was returned to him, Stallings said.
The unauthorized substances tax collections are used by the state or local law enforcement agency whose investigation led to the assessment. The police department will receive 75 percent of the money collected while the remaining 25 percent is credited to the general fund.
Police Chief Rory Collins said the money is part of the department’s asset forfeiture funding and it can only be used for police department needs.
Phifer is expected in court later this month regarding the drug possession charges. He was convicted in 1992 of felony drug possession offenses.
Contact reporter Shavonne Potts at 704-797-4253.

SALISBURY — This story has been buried for too long. By the time it’s over, you’ll be confused and crying... read more