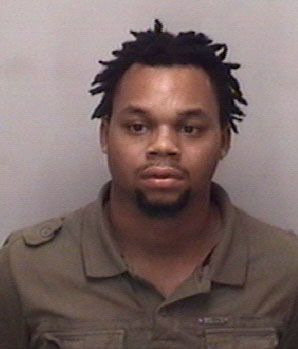 A Salisbury man arrested 10 days ago was charged again with drug possession offenses. Police seized 15 grams of marijuana that was found in the back of a vehicle.
Timothy Paul Wiseman Jr., 22, of the 400 block of North Craige Street, was charged with misdemeanor simple possession of marijuana.
According to a Salisbury Police report, someone contacted law enforcement after seeing what they believed was drugs being sold outside a North Jackson Street apartment on Saturday.
An officer went to the 300 block of North Jackson Street and saw two people standing near a Dodge Intrepid with its trunk open. A report said one of the men, later identified as Timothy Wiseman, quickly moved to the back of the car near the trunk. The officer approached and looked inside the trunk to see the marijuana lying inside.
Police searched the vehicle and discovered drug paraphernalia underneath the driver’s seat, but were unable to charge anyone because it was not apparent who the paraphernalia belonged to since both men were outside the vehicle, said Capt. Shelia Lingle.
On Aug. 1, Rowan Sheriff’s deputies charged Wiseman after he ran a license checkpoint. He was later stopped but charged after deputies found a stolen handgun and 27 grams of marijuana.
He was charged in that incident with possession of stolen goods, misdemeanor child abuse and possession of a controlled substance.
The gun was reported stolen by the Guilford County Sheriff’s Office.
The child abuse charge resulted because Wiseman’s juvenile daughter was in the car with him when he fled from the checkpoint.
Wiseman has since been released from the Rowan County Detention Center in this most recent incident under a $500 secured bond. He is expected in court in September.
Wiseman has been convicted of felony breaking and entering, possession of stolen goods, felony breaking and entering into vehicles, second-degree burglary, possession of drug paraphernalia, as well as resist, obstruct, delay an officer.
Contact reporter Shavonne Potts at 704-797-4253.