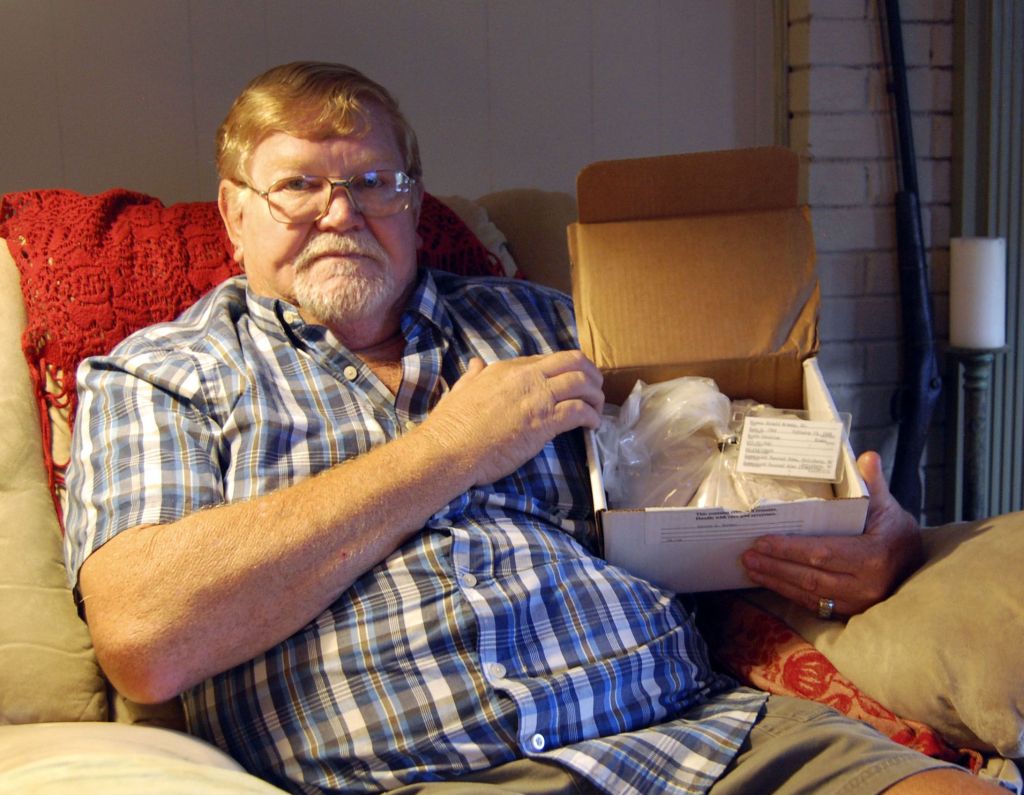 CHINA GROVE — Terry Parham, a China Grove landlord, finds a variety of conditions in his more than two dozen rental houses after tenants leave.
Houses with abandoned cats and dogs, some alive and some expired. Houses with complete sets of furniture. Houses that are clean, and houses that are not so clean.
But Parham was unprepared for what he discovered last year when he and his son went through a particularly well-kept rental home on Grace Avenue in Kannapolis.
The tenant, a truck driver, was a good renter and had lived in the house for several years. He fell behind on his rent, and Parham said he had to evict him.
“He left you a little surprise,” Parham’s son said as they inspected the house.
Tucked away on the top shelf of a closet was a small, heavy cardboard box. According to a tag affixed to a plastic bag inside the box, it held the cremated remains of one Dennis Derald Norway, who passed away on Feb. 13, 2008.
“I couldn’t believe it,” Parham said.
Parham had no idea who Dennis Derald Norway was and no way to contact his former tenant. Parham called the Kannapolis Police Department and Summersett Funeral Home, which performed the cremation, but neither could help him track down Norway’s next of kin.
Summersett provided the phone number for the relative who paid for Norway’s cremation, but when Parham dialed the number, it was disconnected.
The box also contained Norway’s wallet, including his driver’s license, Social Security card and other items but no cash or credit cards.
Norway was born on June 5, 1944, making him 63 years old when he died. At one time, he lived on Preston Ridge Lane in Rockwell. He was a U.S. veteran and stood 6 feet, 2 inches tall.
The wallet included a business card for an oncologist at the VA Medical Center.
After failed attempts to find Norway’s family, Parham placed the man’s remains in one of his storage buildings, convinced that someone would contact him looking for the box. Months passed, and no one called.
Parham forgot about the box until recently, when he ran across it while cleaning out the shed. He decided he needed to make another effort to find someone to claim Norway’s remains and called the Post.
“I don’t want to throw these things in the trash. It just doesn’t feel right,” Parham said. “I’m big and ugly, but I still have a heart.”
Other than seeing the driver’s license and Social Security card, Parham had not gone through the wallet until he sat down with a Post reporter Sunday to talk about the unusual situation.
The wallet holds several pieces of worn paper with names and phone numbers, some scrawled in hurried handwriting and others printed neatly. But each phone number leads to a dead end, either disconnected or assigned to a new person who does not know Dennis Derald Norway.
Norway kept two other items in his wallet, a photo of a smiling child and a small aluminum cross etched with the words “God loves you.”
If no one claims the wallet and cremated remains, Parham said he guesses he will scatter Norway’s ashes on High Rock Lake.
Parham and his wife Jane are mystified about how the ashes of a man who served his country, loved a little boy and apparently had numerous friends could end up abandoned on a closet shelf.
“I can’t imagine going off and leaving a loved one’s ashes,” Jane Parham said.
A sticker on cardboard advises people that the box contains cremated remains.
“Handle with care and reverence,” it says.
Contact reporter Emily Ford at 704-797-4264.