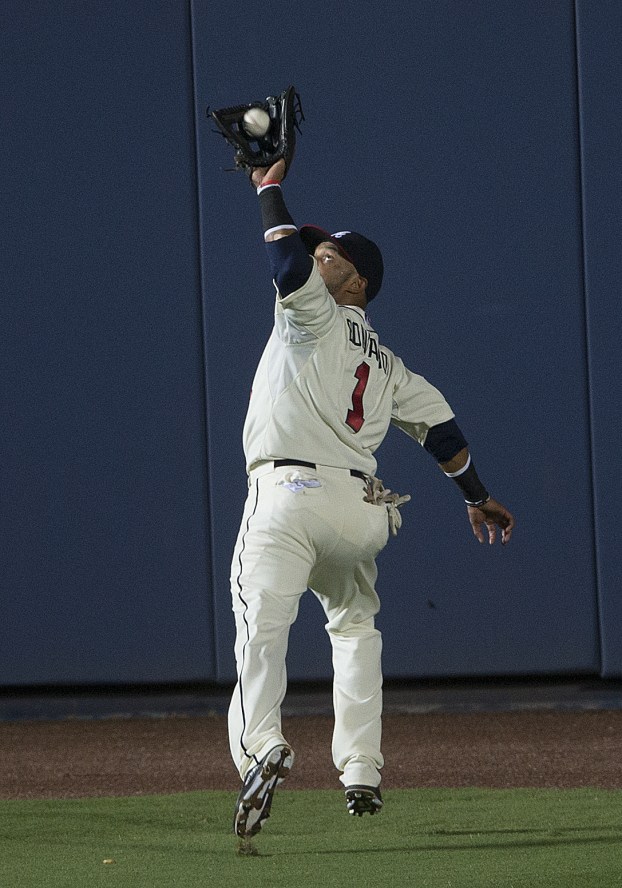 By winning two of three in the weekend series, Atlanta cut Washington’s lead to 31/2 games in the NL East. The Braves are 9-4 against the Nationals this season and 22-10 in the series the last two years.
Justin Upton homered for the Braves, who had lost nine of their last 10.
Ian Desmond’s fourth-inning homer was the only run allowed by Wood.
With the game tied 1-1, Emilio Bonifacio led off the fifth with a bunt single and scored the go-ahead run on Jason Heyward’s infield hit off Gio Gonzalez (6-9).
Wood (8-9), who allowed five hits, set another career high by throwing 124 pitches.
The left-hander walked Jayson Werth to lead off the eighth before striking out Adam LaRoche. David Carpenter replaced Wood and ended the inning on Desmond’s double-play grounder.
Pinch-hitter Evan Gattis hit a single to right field off Jerry Blevins in the eighth to drive in Chris Johnson, who walked.
Craig Kimbrel, pitching on the third straight night, had a perfect ninth to earn his 34th save.
Gonzalez gave up two runs, six hits and four walks in 4 2-3 innings. He has lost four straight starts.
The versatile Bonifacio, acquired from the Cubs on July 31, hit leadoff and started in center field one night after starting at shortstop.
With the game tied 1-1, Bonifacio used his speed to lead off the fifth with a bunt single, despite a creative defensive effort by Gonzalez. The pitcher fielded the ball with his back to first base and flipped the ball between his legs to Adam LaRoche. Bonifacio was safe despite a collision with LaRoche.
Gonzalez walked Tommy La Stella before Freddie Freeman’s double-play grounder sent Bonifacio to third. Bonifacio took off for the plate on Heyward’s grounder to second baseman Danny Espinosa. LaRoche broke for the grounder, leaving first base uncovered because Gonzalez started running for the bag and then stopped before taking off again too late. Heyward was safe with the single as Bonifacio scored the go-ahead run.
Desmond led off the fourth with his 19th homer to right field. Upton tied the game in the bottom of the inning with his 21st homer.
Upton collected two career milestones with the line-drive homer. It was his 1,000th hit and gave him 500 career RBIs.
Washington’s Denard Span had two doubles, extending his hitting streak to 14 games.
TRAINER’S ROOM
Nationals: Outfielder Steven Souza, who hurt his shoulder in a collision with the right-field wall Friday, was placed on the 15-day disabled list. Outfielder Michael Taylor was called up from Triple-A Syracuse. … Werth started in right field after missing two straight starts with a sore right shoulder.
Braves: Manager Fredi Gonzalez said shortstop Andrelton Simmons’ sprained left ankle continues to improve. Gonzalez indicated Simmons may play Tuesday, take Wednesday off and then be ready for regular work.
UP NEXT
Nationals: Washington is off Monday and right-hander Doug Fister will start in Tuesday night’s game at the Mets. Fister will try to extend his successful record — 5-0, 1.80 ERA — when pitching with at least an extra day of rest.
Braves: Right-hander Julio Teheran will face Kevin Correia as the Braves open a four-game series against the Dodgers on Monday night. Teheran took the loss despite allowing only two runs in eight innings at the Dodgers on July 31.
———
Follow Charles Odum on Twitter: http://twitter.com/CharlesOdum