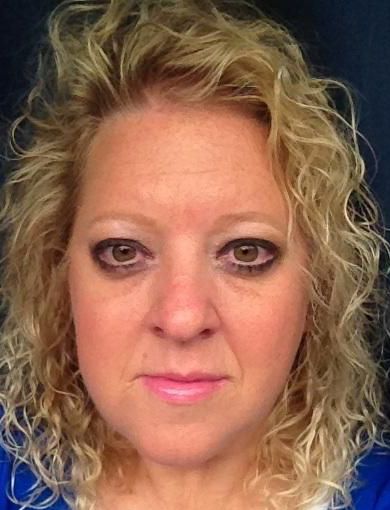 Shauna Wale has been getting regular mammograms for several years now, but this time she was going to cancel her appointment.
Her doctor recommended a regular mammogram, and every two years they’d come back abnormal. She’d have other tests, and they would come back clean.
When she had a mammogram in May, Wale just assumed it was abnormal but “everything would be fine.”
However, she couldn’t just move on from this one. And everything was not fine.
Wale, 47, who is a deputy with the Rowan County Sheriff’s Office, was diagnosed with ductal carcinoma in situ, or DCIS, which is a noninvasive type of breast cancer. It isn’t life-threatening, but having this type of cancer can increase the risk of developing an invasive breast cancer later on.
“It all came from a mammogram. It wouldn’t have been found without a mammogram,” Wale said.
She went in for a normal mammogram May 28 and received a call back several days later.
The nurses said she’d need to return. She normally scheduled a mammogram through the mobile mammography bus, but it was booked.
At first she was not going to reschedule a visit, but she asked for a night appointment.
Her second mammogram told the whole story — she had breast cancer.
The radiologist wanted Wale to have an ultrasound. A June 18 biopsy followed the ultrasound.
She convinced herself that whatever they found, it was nothing because she was relatively healthy and wasn’t sick.
No one in her immediate family had ever been diagnosed with breast cancer.
“You don’t think, ‘I could get cancer,’ ” she said.
A nurse called Wale on a Friday around 4:55 p.m., she recalled.
“That was the moment. I was on my way home from work. She said are you driving. When she asked me that I knew the results were positive,” Wale said.
She had a partial mastectomy to remove the “bad” tissue.
Wale will wait to see if the doctors were able to take enough tissue.
She’ll wait on the pathology reports to say whether the marginal tissue taken was good enough, Wale said.
If it’s good, she said, she’ll have a round of radiation.
Throughout the whole process, Wale has not been shaken, but has relied on the support of her husband, family, friends and co-workers.
Her co-workers are hosting a fundraiser for the deputy to offset her medical expenses.
The fundraiser will be from 8 a.m. to 2 p.m. Thursday in the courthouse parking lot. Organizers will serve sausage sandwiches for $2, hot dogs for $2 and hot dogs with chips and a drink for $5.
She’s thankful that she even rescheduled her mammogram this year, calling it a fluke.
“In my job nothing hardly ever throws me. We don’t get surprised about a whole lot,” Wale said.
Her husband and family said before her final diagnosis they could “deal with it. If it’s not, then it’s not,” she said.
Wale looks at her diagnosis as something that happened to her and says there are others who have a much stronger cancer.
Her cancer was stage zero and was caught early.
“There’s so many people who have it worse than me,” Wale said.
She is a big advocate for women getting mammograms early and often.
Wale said she has no reason to wallow in what’s happened.
“It’s a minor setback. I’m just one person out of millions who have this,” she said.
To pre-order for delivery or pick up contact 704-216-8687 or chad.moose@rowancountync.com or jonathan.brindle@rowancountync.gov or gregoryhannold@rowancountync.gov for more details.