Myths about the social safety net 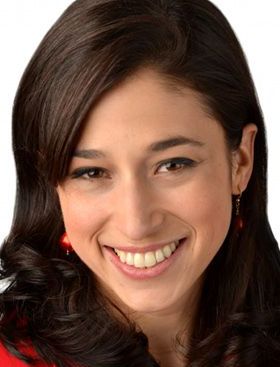 ”Some of my friends are destitute. Some of them are beggars / But, for me, there’s a subsidy if I spend my whole life preggers.”

WASHINGTON — That was one of the more memorable rhymes in an off-Broadway show I saw a few months ago, titled “Greed: A Musical for Our Times.”
The revue was primarily populated with covetous, conscience-free bankers, doctors, clergymen and Ponzi schemers. Perhaps for political balance, though, the writer included a ballad about a perma-pregnant welfare queen. Just “have another kid,” our parasitic protagonist croons, since each additional spawn earns her ever-larger, never-ending government checks.
It was a darkly funny song, with just one problem: It was based entirely on a U.S. welfare system that ceased to exist almost two decades ago, when Washington passed welfare reform.
“Another Kid” reflects much broader misperceptions about the U.S. social safety net: that it is a cushy “hammock” that discourages large numbers of moochers and lucky-duckies from working, that it is especially generous to the endlessly reproducing poor.
Our welfare state has indeed grown over time; federal social safety net spending per capita has more than quadrupled since 1970. The expansion, though, has disproportionately gone not to the unemployed and very poor, but to the working “near-poor,” the middle class and, in some cases, high-income Americans. That’s partly because of demographics (a large share of social spending goes to elderly people, whatever their incomes, and the United States is aging), and partly because of policy changes (e.g., imposing five-year caps on how long most families can receive welfare payments, or creating tax breaks that primarily benefit the wealthier Americans who itemize their taxes).
In the spirit of debunking some myths, I’ve compiled a few factoids that people often get wrong. See how you do on the quiz:
1. An elderly person receives about how much in federal spending for every $1 received by a child?
(A) $2
(B) $5
(C) $7
2. As of July, unemployed workers had been looking for a job for 32 weeks on average. What is the maximum length of time a U.S. worker can receive unemployment benefits?
(A) 99 weeks
(B) 63 weeks
(C) 30 weeks
3. Which income group receives more than half of federal housing subsidies?
(A) Households with incomes below $30,000
(B) Households with incomes between $30,000 and $100,000
(C) Households with incomes above $100,000
4. What percentage of U.S. households pays nothing in federal taxes?
(A) 47 percent
(B) 33 percent
(C) 14 percent
5. Let’s say you’re a single male who’s earned the average wage all your life, and you’re turning 65 next year. What’s the difference between what you paid in Medicare taxes and what you can expect to receive in Medicare benefits?
(A) About as much out as I paid in.
(B) About $27,000 more in benefits than I paid.
(C) About $127,000 more in benefits than I paid.
6. What percentage of people who have been on Medicare say they “have never used a government social program”?
(A) 10 percent
(B) 20 percent
(C) 40 percent
7. The average food stamp benefit is about how much per person per meal?
(A) $5
(B) $3
(C) $1.50
8. According to a 2012 Pew survey, which group is more likely to have ever benefited from at least one of the following programs targeting the poor or unemployed: food stamps, unemployment benefits, welfare or Medicaid?
(A) Conservatives
(B) Liberals
(C) Both about equally likely
The correct response to every question is C. Answers are based on data from the Center on Budget and Policy Priorities, the Tax Policy Center, the Urban Institute, Pew Research Center, Suzanne Mettler’s book “The Submerged State,” the Government Accountability Office and other sources. You can find fuller documentation, explanations and caveats on my Washington Post blog, Rampage (http://www.washingtonpost.com/news/rampage/wp/2014/08/07/9-myths-about-the-social-safety-net-annotated/).
Catherine Rampell’s email address is crampell@washpost.com. Follow her on Twitter, @crampell.