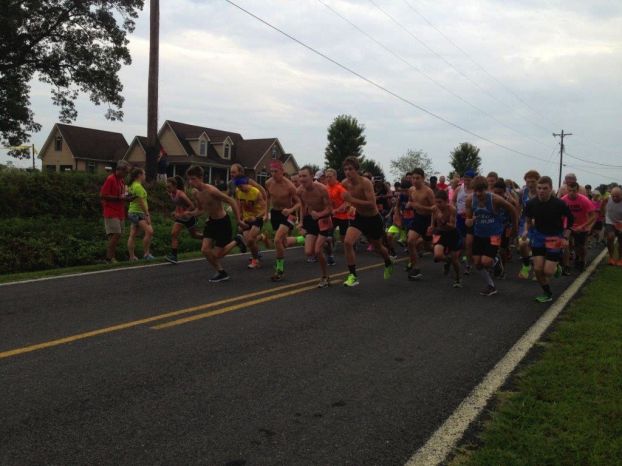 Cal Meyers was the class of the field on Friday night at the Tomato Trot 5K at Unity Presbyterian Church in Woodleaf.
A light shower cooled the runners late in the race as Meyers ran the 3.1 mile course in 17 minutes and 55 seconds. Trevor Liftonmedieu was second in 18:30, followed by Joshua Readling in 18:36.
For the women, Madison Goode won in 20 minutes and 36 seconds. Adalie Harrison took second in 21:36 and Acquawon Stallworth was third in 23:13.
The Tomato Cup, awarded to the top high school team, went to East Rowan High School.
Margaret Hagerty won the award for oldest runner and 6-year-old Izzy Stepp won the award for the youngest.
Sponsors for the 5K, associated with the Woodleaf Tomato Festival, included Martin Marietta, Novant Health, ISSI, Cleveland Drug and the Woodleaf Tomato Farms of Fleming’s, Correll’s and Wetmore’s. Complete results are available at www.salisburyrowanrunners.org

East Spencer: All streets need to be paved, but not enough funding is available