How would you slice deficit? 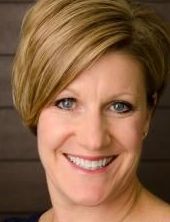 North Carolina can take pride in being one of the states to which seniors and people nearing retirement are flocking. They appreciate its southern charm, lower-than-average cost of living, and of course the opportunity to enjoy beaches and mountains and everything in between.
As a result, the state’s over-65 population grew by 31 percent between 2000 and 2011, compared to 18 percent nationally.
But North Carolina’s rapidly aging population also poses significant challenges — challenges that point towards what’s ahead for the entire country as more and more of the baby boom generation leaves the workforce.
This unprecedented demographic shift is a primary reason why Washington faces such difficult fiscal challenges:: The $17.7 trillion debt remains on an upward path, Social Security and Medicare costs are growing rapidly, and the long-term budget projections are deeply troubling.
As the economic recovery has strengthened, the deficit — the annual shortfall between federal spending and revenues — has come down. But deficits are expected to start growing again in a few short years, and they are projected under current law to total $7.6 trillion over the coming decade.
The aging population and rising health care costs are already putting tremendous pressure on the critically important Medicare and Social Security programs. They, in turn, are putting more and more pressure on the rest of the federal budget.
Some key government reports released last month underscore the need for broad fiscal reforms.
First, the Congressional Budget Office released its long-term outlook. It projects that if current laws remain generally unchanged, the federal debt held by the public — already high by historical standards at roughly equal to 74 percent of GDP — would exceed 100 percent of GDP within 25 years, and would continue to rise after that. The number of Medicare beneficiaries will double over the same period, while the declining labor force growth could hinder the economy.
The report also indicates that interest costs could become the fastest growing category in the federal budget. Over the last four decades the government’s interest costs have averaged 2 percent of GDP; they are expected to hit 4.5 percent of GDP by 2039.
Then the Medicare and Social Security trustees underscored the nation’s demographic and fiscal challenges with their annual reports, reminding elected officials that they should act sooner rather than later on reforms.
The trustees confirmed that Social Security and Medicare Part A (Hospital Insurance), though primarily funded by payroll taxes, are spending more money than they are taking in. In addition, Medicare Parts B and D charge beneficiary premiums but are primarily dependent on direct access to the U.S. Treasury.
In 2013, the trustees said, the general-revenue subsidies were $99 billion for Social Security and $267 billion for Medicare.
The trustees also warn that Social Security’s Disability Insurance trust fund is projected to become insolvent in 2016. Absent congressional action, beneficiaries would face a 19 percent across-the-board cut.
These and other federal programs are critical to millions of Americans of all ages. That’s why elected officials must soon put the federal budget on a more responsible and sustainable path.
Residents of North Carolina’s Fifth Congressional District have the opportunity to learn more about the budget and perhaps help in improving the nation’s outlook.
On Monday, Aug. 11, I will facilitate an exercise in which participants to work in small groups to create deficit-reduction plans, considering many of the same policy alternatives available to Congress.
While not easy, the exercise allows participants to discuss, negotiate and eventually reach consensus on their priorities for what the government should do and how it should raised the money to do it.
This program, being held from 6-8 p.m. at the Rufty-Holmes Senior Center in Salisbury, is free and open to the public. For more information call 336-778-0211.
We hope you will join us.
Sara L. Imhof serves both as the director for education and grassroots advocacy, and as a health policy analyst for The Concord Coalition, a nonpartisan, grassroots organization dedicated to educating the public about federal budget issues and their consequences for the future.