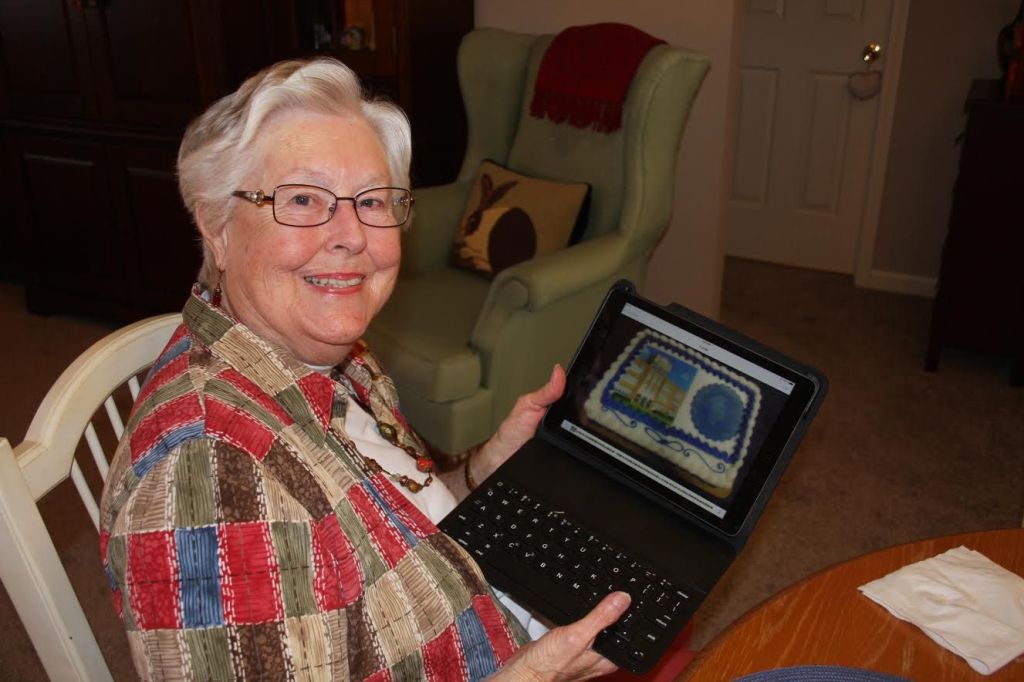 This could be a story about good friends. This could be a story about a good teacher. This could be a story about good basketball.
But, as Jo Anne Safrit says, “This is really a story about what sports can do for one’s life.”
Jo Anne was a member of the girls basketball team at Boyden High School in 1953. The five young women on that team went 6-0 that year.
“We’ve been good friends all our lives,” Jo Anne says. “We got to know each other through the basketball team.”
Barbara Crouch and Barbara Waggoner served as team managers.
“We were too little to play,” says Barbara W., who’s still petite.
The five seniors played a half-court game, three forwards, three guards. (Underclassmen served as subs.) They could take one dribble, then they had to pass the ball.
“I was really good rebounder,” Jo Anne remembers. At 5 feet, 8˝ inches, she was the second-tallest gal on the team. “I’d dribble and pass to Gladys (Van Poole).”
Their coach was Mildred Curlee. Only eight years older than they, she’d come to Boyden only a year or two before they arrived as freshmen.
“She was remarkable,” Jo Anne says. “We all loved her, but there was a line. She was an adult, a coach and a teacher. We didn’t cross that line.”
“If you got in trouble at school, you would be in trouble at home,” Barbara W. echoes. “She was a teacher, and the teacher was always, always right.”
After practice, Jo Anne spent hours in the afternoons on her dad’s homemade basketball court. Her parents were the late Ernest and Margaret Cline Safrit. She often played with her brother, Ernest Jr.
Before high school, the women had never met.
“The interesting part is how we all got together,” Barbara W. notes. “We came from different elementary schools and merged into Boyden. We’d never have known one another otherwise.”
The three women also went to “WC” — Woman’s College in Greensboro, which later became the University of North Carolina at Greensboro.
“Most of us went there so we could transfer to Chapel Hill,” Barbara Crouch remembers.
And that’s where their paths diverged.
Jo Anne received a four-year degree, then went on to achieve master’s and doctoral degrees in kinesiology from the University of Wisconsin at Madison. She taught there for 25 years, at American University in Washington, D.C., for eight years, and eventually retired to Greensboro.
The two Barbaras married their high school sweethearts, but ended up in Chapel Hill anyway, working to put their husbands through UNC. Dick and Barbara Crouch had three sons, and were married for 56 years before his death in 2011. Julius and Barbara Waggoner married in 1957, and had a son and twin daughters.
Jo Anne never married, but has remained a basketball fan all these years. She’s a regular at the UNCG women’s games. She gave a scholarship to the UNCG program in her name, and another to the kinesiology program there. Several years ago, she wanted to give another scholarship, but not another named for her.
Why not name it for your high school basketball coach, someone suggested.
Jo Anne thought that was a great idea.
The scholarship is endowed and is a partial scholarship for one student on the team. It is based on merit and need, and will eventually become a full scholarship. The first student who won the scholarship will be a senior this year. Jo Anne has met her and her parents, who come to all the games from their home in South Carolina.
Mildred Curlee Cooper lives in Sanford with a daughter. A second daughter lives just across the street. On July 25, Mildred’s daughters brought her to a luncheon at UNC-Greensboro commemorating the scholarship. Members of the Boyden team and their managers were on hand: Jo Anne, Barbara C., Barbara W., Carol Ward Thomas, Pat Davis, Ellen Justice Thomason. Gladys died in April.
Mildred received a handsome plaque from the university, and the women’s basketball coach and the athletic director — both women — were on hand.
“It brought tears to her daughters’ eyes,” Barbara C. says. “We all cried at one time or another. It was so precious.”
“It’s really a terrific feeling to be able to afford to do this because I know there’s such a need,” Jo Anne says. “It’s really rewarding when you see how these students grow and develop.”
Barbara W. was determined that Jo Anne’s gift would not be given without some recognition.
“We’re all Salisburians, and we were all at Boyden,” Barbara C. says.
“And then we went on to WC, too,” Barbara W. adds.
“That’s why it was so touching to have our group together,” Jo Anne says.
“We’re so blessed to still be together and still be such wonderful friends,” Barbara C. says.
The women celebrated their 60th class reunion last year, and plans for another get-together are already in the works.
“We’re going to have a reunion next year just because we’re turning 80,” Jo Anne says.
Any excuse for good friends to get together.
“We’re friends forever,” Barbara W. says.