Police: Man was drunk when he flipped classic car on Sherrills Ford Road 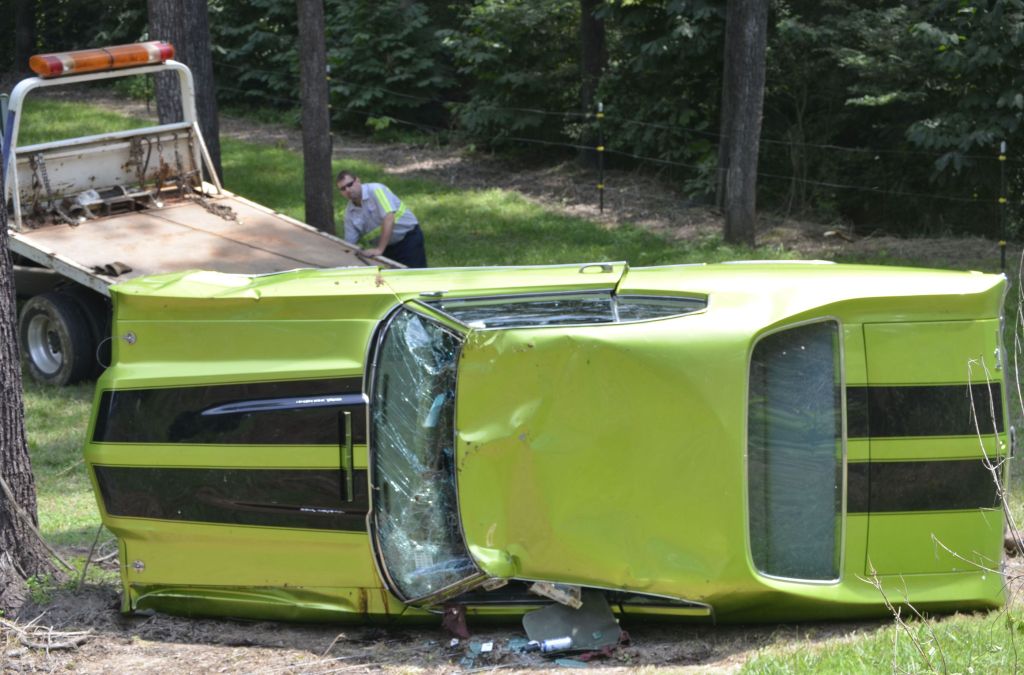 Charito “Chato” Moose said she was shaken following a wreck Thursday afternoon at 2065 Sherrills Ford Road, but she was not injured.
The Rowan County resident said she was driving when suddenly she heard a “boom.”
She looked in her rearview mirror and saw a green 1972 Chevrolet Chevelle Super Sport take a dive down a 15-foot embankment.
“All of a sudden, he was just there,” she said.
It was apparent the driver, John Wacker Jr., was intoxicated, she said, even before he told Moose he thought her white Nissan was a deer.
He was more concerned with wrecking his “beautiful car,” she said. She was not injured, but did feel the jolt when her vehicle was hit from behind. Moose was wearing her seat belt.
Wacker, 51, of Salisbury, lost control of the Chevelle and ran off the road to the left shoulder. He did not have injuries, troopers said.
Wacker was charged with driving while impaired, careless and reckless driving and open container.
Troopers S.L. Herrin and K.G. Barringer with the N.C. Highway Patrol investigated the wreck. Herrin would not provide Wacker’s blood alcohol content.
The boom Moose heard was likely when the classic car overturned, temporarily trapping the driver inside. He was wearing a seat belt.
Locke Fire Chief Rusty Alexander said the driver was in the car when rescuers arrived, but not pinned or trapped inside. According to scanner traffic, the driver was trapped inside the vehicle, but Alexander confirmed the driver simply sat inside the vehicle.
Alexander said at first, fire crews thought they’d have to haul the driver out of the embankment on a stretcher. The fire chief said the driver did stumble up the embankment, and it took him several tries to use a ladder out of the ditch.
Wacker was handcuffed and placed inside the front seat of a patrol vehicle. Troopers had to keep checking the man, who struggled with his hands behind his back. At one point, a trooper had to toss out a pack of cigarettes the man tried to smoke inside the trooper’s car.
When tow truck employees flipped the car over, a beer can rolled out, along with a flattened Busch beer package and other debris.
Locke Fire Department and Rowan County EMS responded.
Contact reporter Shavonne Potts at 704-797-4253.