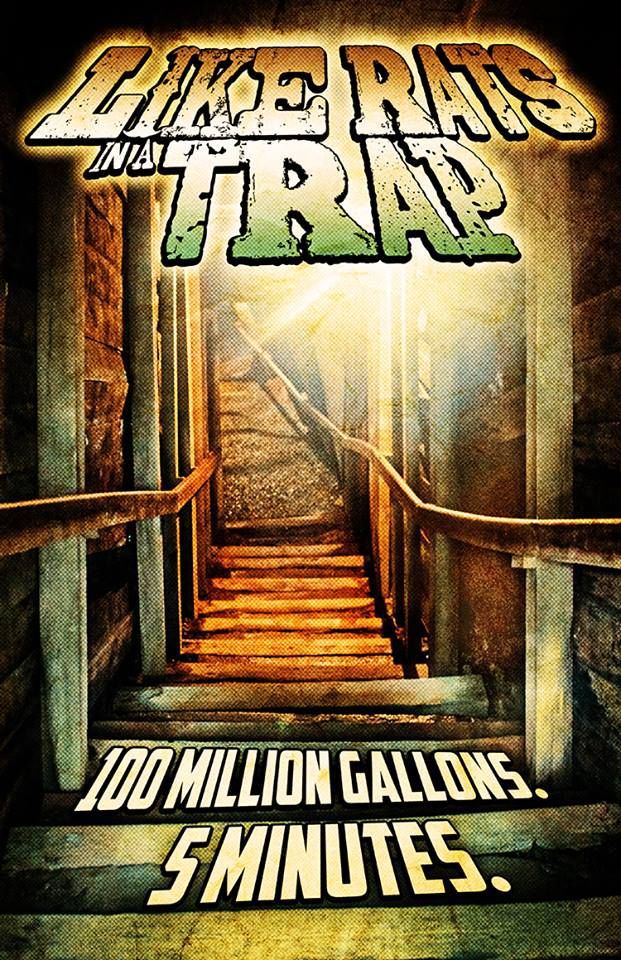 SALISBURY — One day while finishing course work for his master’s degree in history, Gabriel Seth Koch found himself reading some Charlotte Daily Observer articles from 1904 that had nothing to do with his research.
His eyes stopped at a story about a mining disaster in Stanly County in which eight men were killed. The subhead to the front-page story from Aug. 13, 1904, said, “Men Died Like Rats In Trap.”
“The thing that really struck me was that 100 million gallons of water flooded the mine in five minutes,” Koch says.
The more Koch became immersed in the Barringer Mine tragedy, the more he thought about writing a screenplay about it.
Thanks to his own perseverance and some talented friends in the film business, Koch has seen his dramatic short come to life. The 15-minute film, “Like Rats in a Trap,” will be screened Saturday at the Reed Gold Mine in Cabarrus County.
There will be free showings at 12:15 and 1:15 p.m. Saturday in the visitor center auditorium, Koch, who also co-directed, will be on hand to discuss the history behind the mine and how the film came together.
Reed Gold Mine is located at 9621 Reed Gold Mine Road, in Midland, between Locust and Georgeville.
Koch said all the shooting for the film, funded by a Kickstarter social media campaign, happened over 14 hours during the Dr. Martin Luther King Jr. holiday in January.
Several scenes were shot underground at the Reed Gold Mine site. As he and other film crew members were working on that raw winter day some 100 feet underground, Koch says, “it was a visceral moment.”
Just his short time in the mine helped him to appreciate the tough working conditions men were facing day in and day out, he says.
North Carolina’s gold mining industry started in 1799 with the discovery of gold on John Reed’s farm.
The Barringer Mine’s history goes back to 1825, when Matthias Tobias, who was squirrel hunting along a creek, found gold embedded in quartz. It eventually led to lode or underground mining instead of surface mining in North Carolina.
According to history provided by Reed Gold Mine, the Barringer Mine in its heyday sold a rich ore, with up to $500 a ton reported.
The Barringers sold the mine in 1887. In 1903, it was sold again — this time to George Whitney, the Pittsburgh entrepreneur who had grand plans to build an inland empire in this part of North Carolina relying on gold from the mines and power from the harnessing of the Yadkin River.
The Barringer Mine’s main shaft reached 500 feet, with several other tunnels at various depths. For some reason on Aug. 11, 1904, Long Creek breached its dam and ended up flooding the Barringer Mine’s lower section, trapping and drowning eight men.
There was only one survivor.
Barringer Mine closed after the tragedy never to reopen again. Several other mines shut down as well.
“Ironically,” a summary from Reed Gold Mine says, “the mine that started underground mining in North Carolina also led to its demise.”
Koch says families of the men who were killed in the mine “got a lot of money out of the company,” probably hastening the collapse of Whitney’s dream.
An Albemarle attorney’s work on the case also showcased the terrible working conditions to which miners were subjected and how negligent the company was in providing a safe workplace, Koch says.
“Like Rats in a Trap” concentrates minute-by-minute on a story leading up to the water’s rushing in.
Koch’s film-making friend, Scott Lazes, co-directed, produced and edited the film. “Like Rats in a Trap” relied on seven primary actors and three extras.
The film previously has been screened at Heist Brewery in Charlotte, Koch, 32, says several other screenings are coming up, and he hopes to make the film available to universities and their history and film departments.
Before the film became a reality, Koch said he visited Reed Gold Mine with his family for inspiration.
“I could see the story forming as I walked through the gold mine,” he says. “… To me, it was kind of like a playground.”