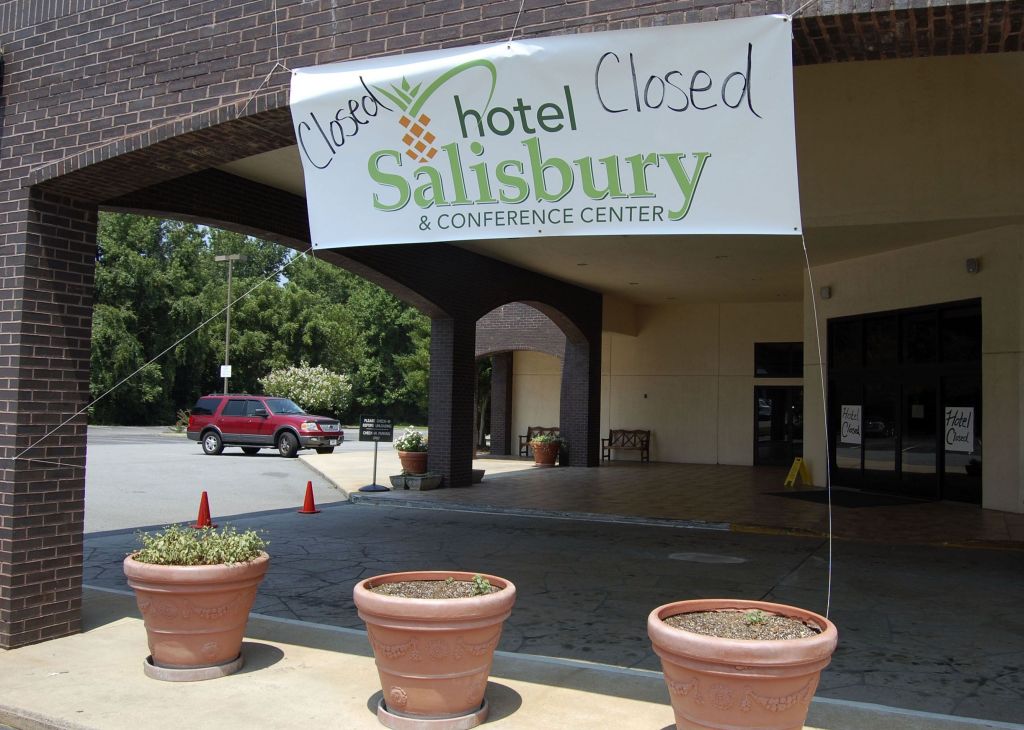 SALISBURY — A year after dropping its Holiday Inn franchise, Hotel Salisbury and Conference Center has closed.
The largest hotel in Rowan County with 181 rooms, Hotel Salisbury at 530 Jake Alexander Blvd. S. closed on Sunday, according the Wallace family, which built the facility in 1988.
Suzanne Wallace Casey, president of Hotel Group of Salisbury, said the family is in the process of selling the property but would not give details about the buyer.
The future owner is not a hotel, and Hotel Salisbury employees will lose their jobs. Casey said her family is trying to help employees find other work.
She said the plan to repurpose the building will be “one of the most positive events that has ever happened in Salisbury and will be a tremendous influence in Salisbury for many years to come.”
Victor Wallace, a co-owner and Casey’s brother, said the building is under contract but would not comment further. Brother Lee Wallace is also a co-owner.
James Meacham, executive director for the Rowan County Convention and Visitors Bureau, said the sale and future use of the property are good for the community. Meacham said he could not discuss plans for the property.
Closing the 26-year-old facility may help attract a new hotel, Meacham said. Holiday Inn Express already has plans to build a 90-room, four-story hotel next door to the new Courtyard Marriott on East Innes Street.
“This gives us the opportunity to bring in fresh product,” Meacham said. “This is the natural cycle.”
The new Courtyard Marriott and future Holiday Inn Express would replace the rooms lost by closing Hotel Salisbury.
The city and county tourism authorities could see hotel revenue dip lower than projections for a short time during the transition, Meacham said. But overall, Meacham said he expects occupancy rates to climb.
He applauded the Wallaces for their years of dedication to the hotel market in Salisbury.
Casey said the Wallaces owe a debt of gratitude to the community for attending many events at the hotel throughout the years, especially Sunday brunches. The brunches on holidays could attract more than 500 people, she said.
“We treasured being a part of so many families’ traditions,” she said.
Casey’s father, Leo Wallace Jr., built the original Holiday Inn on Interstate 85 with his brother, Charles Wallace. In 1988, the new Holiday Inn went up and it won the “Torchbearer Award” for being one of the top hotels of Holiday Inn Worldwide. In 2005, Wallace was awarded the Holiday Inn International’s Spirit of Giving Award.
The Wallace family has been in the hospitality industry since 1958.
Contact reporter Emily Ford at 704-797-4264.