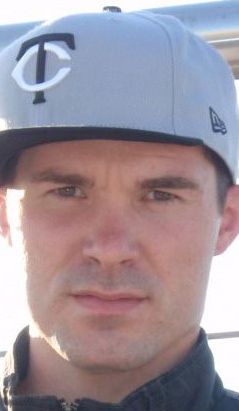 Deadlines approach for artists to submit works for consideration

The singer Agape will appear in concert at 4 p.m. Sunday in the Center of St. John’s Lutheran Church, 200 W. Innes St.
Agape, whose name is Dave Scherer, uses rapping, dancing and storytelling to connect with his listeners. He was a headliner act at the National Lutheran Youth Gathering in New Orleans in 2012. Special guests for the concert will be the St. John’s youth group. They have spent time this week recording a CD with Agape.
“Agape has engaged our young people in several shows and concerts,” says Danielle Kosanovich, the church’s minister for youth and outreach. “He leaves us inspired, encouraged and laughing. It is a great gift to get to record a CD with Agape. It will be a memory they will have for the rest of their lives. Join us for a concert that will be a beautiful mix of testimony, song and story.”

Abe Reid will be bringing his signature solo blues to The Grapeine stage Saturday.
Born in Statesville and currently residing in Walnut Cove, Reid entered the Piedmont Blues Preservation Society’s talent contest in 1998, and won first prize and a trip to Memphis to compete in the International Blues Talent Competition.
The only solo act out of 34 selected to compete in the contest. Abe won and took home the honor of “Best Blues Band in the Land.”
Described by the Commercial Appeal as “a mix of Piedmont Blues and Squirrel Nut Zippers-styled stage hokum,” Reid presents the Blues with an eccentric excitement.
In 2001, Abe started Abe Reid and the Spikedrivers. The band released their first CD “Caution: Falling Boogie,” featuring the local hit “Fern Gully Lace.”
Friday at Cartucci’s Grapevine features Divided By Four at 9 p.m., $5 cover; Reid performs Saturday at 9 p.m., no cover.
Info at 704-870-2574, www.cartuccisgrapevine.com

Legendary singer/songwriter Randy Stonehill will be appearing live in concert this Sunday at Destiny City, located at the Walls Center Chapel on the campus of Livingstone College in Salisbury.
Randy Stonehill’s first recording was funded by TV and movie star Pat Boone, and has since released more than 25 albums, as well as live concert DVDs. He was inducted as a member into the Christian Music Hall of Fame in 2010.
The concert is free and open to the public. For more information, call Destiny City at 704-642-0558.
CHARLOTTE — The Charlotte Folk Society welcomes “thumb and finger style” guitar pickers Wayne Henderson and Clay Lunsford to the August Gathering on Friday.
Long-time friends, Wayne and Clay decided to record an album together so they could showcase their different styles of playing the guitar with a thumb pick and fingers, especially in a day and age when most good guitar players use a flat pick. Titled Thumb to Thumb: The Museum Recordings, the CD was released in April this year.
The concert begins at 7:30 p.m.; doors open at 7 p.m. Arrive early to be sure of admission.
The Great Aunt Stella Center is located at 926 Elizabeth Ave. The concert is free and donations are appreciated.
Wayne Henderson is a musical legend known worldwide for both his lightning fast guitar style and the beautiful guitars, mandolins, and banjos he crafts in his shop in Rugby, Va.
The Wayne C. Henderson Festival and Guitar Competition takes place the third Saturday of each June in the Grayson Highlands State Park in Mouth of Wilson, Va.
Clay Lunsford has played for more than 50 years in the style of Chet Atkins and Merle Travis.
He is a descendant of Bascom Lamar Lunsford, known as the “minstrel of the Appalachians” and the founder of the Mountain Dance and Folk Festival in Asheville, now in its 87th year. Lunsford formed the North Carolina Thumbpickers in 1999 to help preserve the heritage of thumb and finger style guitar playing. Clay makes his home in Union Grove.
Refreshments, a song circle, slow old-time jam, and Charlotte Appalachian Dulcimer Club follow the concert. Guests are invited to join these activities or simply listen.
The Dancing Phalangies are a local group that participates in many local events including Earth Day Jam, Kick it for Cancer, Kaleidoscope Arts Festival and the Downtown Salisbury Zombie Walk. They can often be found at Dead Ed’s downtown and every year this team of do-gooders participates in GISHWHES.
GISHWHES stands for Greatest International Scavenger Hunt the World has Ever Seen and it is anything but boring. This five-time Guinness world record-breaking group, known as GISHERS, spend one week out of the year collecting, building and finding items from all over the world.
The list (which changes every year) is comprised of everything from full a decorated floating christmas trees to an iron throne made of kale.
These hard working people proudly step out of the normal to coin words (abnosome: abnormally awesome), hug strangers, feed the homeless and shock the world.
So why go through all this silliness? Aside from the obvious joy of making people smile — or tear up with joy — that’s easy: the winning team spends a single weekend on an all expense paid trip to exotic locations with the mastermind behind this hunt Misha Collins (best known as Castiel on the CW show Supernatural).

The Bell Tower Park concert summer series continues Aug. 14 and 21 from 5 to 7 p.m.
Bring a blanket or chair to the park at the Gazebo and enjoy a free event for the family.
The concerts are scheduled for each second and third Thursday through Oct. 19. Salisbury Parks and Recreation, along with Guitars USA, 110 N. Main St., is sponsoring these free, family-friendly events from 5 to 7 p.m. at the small park, which is located at the corner of W. Innes and S. Jackson Streets.
For more information, contact event coordinator Vivian Koontz at 704-216-2708. Vivian also would like to get your feedback about the event.
CONCORD — Just when audiences thought it was safe to go back to the movie theater… they will get a fresh dose of scares and laughs as Syfy’s “Sharknado 2: The Second One” hits cinemas nationwide for a one-night event on Thursday, Aug. 21 at 8 p.m., courtesy of Fathom Events, Syfy and The Asylum. At AMC Concord Mills 24, 8421 Concord Mills Blvd.