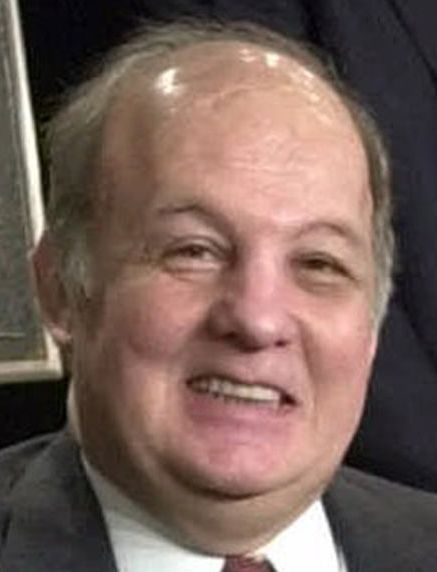 President Ronald Reagan, in office barely two months on March 30, 1981, stepped out of a doorway at the Washington Hilton Hotel after giving a luncheon speech. Waiting for him with a .22-caliber pistol was a mentally ill 24-year-old man named John W. Hinckley Jr.
Hinckley had purchased his pistol at a pawnshop in Dallas in October 1980. He falsified his address and used an expired driver’s license.
As Reagan walked to his limousine, Hinckley fired a fusillade of bullets, which struck the president in the chest. Reagan barely survived; the bullet just missed his aorta. Along with a Secret Service agent and a police officer, Reagan’s press secretary, the lively and personable James Brady, was shot in the head.
After months of surgeries and rehabilitation, he survived. Brady was partially paralyzed and mostly used a wheelchair for the remainder of his life. He died Monday at 73.
Along with his wife, Sarah, Brady is best known for his advocacy of the Brady Handgun Violence Prevention Act of 1993, known as the Brady Bill. It called for a five-day waiting period, which later transitioned to instant computerized background checks of handgun purchasers. Had Hinckley been subject to the check included in the law, Brady might not have had to endure 33 years of debility and pain.
Sarah Brady served as chair of the Brady Center to Prevent Handgun Violence, and the couple worked tirelessly to stop the carnage wrought by these weapons.
In a nation where thousands of Americans are slaughtered by handguns, and thousands more or are wounded and disfigured, Brady’s physical and political courage in helping to pass the law led to countless lives being saved. The Brady Bill was introduced in 1987; it took six years and a fight against the National Rifle Association to pass the law.
Reagan said the law “can’t help but stop thousands of illegal handgun purchases.” In 1996, President Bill Clinton awarded Brady the Presidential Medal of Freedom.
In an appearance on Capitol Hill in 2011 commemorating the 30th anniversary of the shooting, Brady spoke haltingly. The wound had profoundly affected the speech center of his brain. But he managed to say two words: “Fight fiercely.”
More than 20 years after the passage of the Brady Bill — even after the shooting of Rep. Gabrielle Giffords and dozens of school shootings — there has been little in national gun control legislation passed since. In California, and in some other states, however, Brady’s legacy is alive. The Brady Campaign to Prevent Gun Violence has provided reasoned and thoughtful advocacy for gun safety in the Capitol.
Brady became the ultimate personification of the gun control movement in the U.S. Perhaps only Giffords can do that now. That Brady and Giffords had to be grievously wounded to bring attention to gun violence is tragic. What is not a tragedy are the countless Americans alive today because of his efforts.