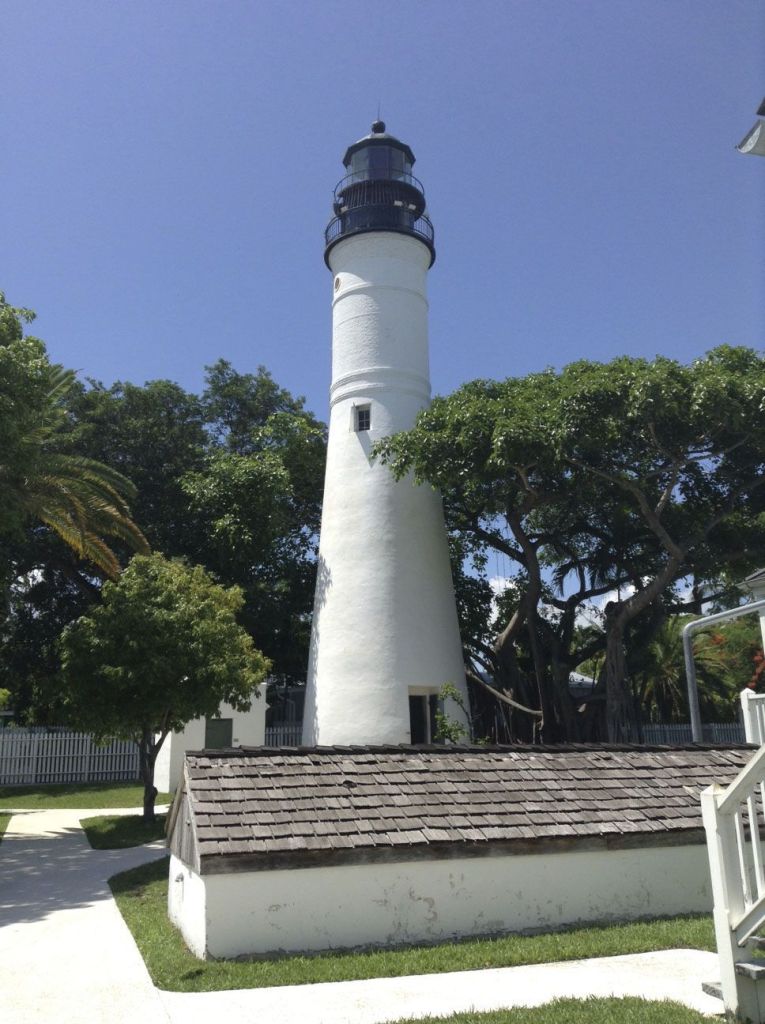 Just like last year, my mind is not quite ready to let the ride go. I had the most fitful night of sleep since the ride began. I think my mind and body is ready to go ride some more, but that will have to wait.
My riding today was limited to dipping the front tire in what is called the Florida Straights, where the Atlantic Ocean and the Gulf of Mexico waters come together. Just as the sun was rising, I rode over to Smathers Beach and finally found Arthur from New Jersey to take a couple of pictures. All went well, and this ride is now complete. Two different bikes and two sets of tires are only a technicality.
I wanted to see what makes Key West special today, and set about doing it until just before 9 p.m. I took a sightseeing tour, riding around town almost two times. It takes about 90 minutes per trip, and I learned extra information because of having two different drivers.
There are so many interesting things that I could never even begin to mention them all. But here are some special things that stand out.
Did you know that Key West once briefly seceded from the United States? Locals felt they were not being treated right, and made a bold stand.
Key West is where Diana Nyad, the marathon swimmer, came ashore after her recent swim from Cuba.
United States Navy Top Gun jet pilots are trained here. When Tom Cruise and Kelly McGillis acted in the movie, they bought a restaurant. McGillis now owns it alone and has remained a resident.
Most of the sand on the Key West beaches is hauled in from the Bahamas.
There are three Civil War forts here, one of which I will explore tomorrow.
As amazing as all of that stuff is, what surprises me most is that chickens and roosters are free to run anywhere they want. Anyone messing with either will be fined $500. The rooster came boldly toward me last night to get some food that he thought I had in a grocery bag. I hope you don’t get fined for shooing them away.
Linda Agner and her family from Salisbury are down here vacationing this week. She tracked me down this morning, and I got a nice chance to visit with Linda, her daughter, Sara Agner Maloney, and her daughter-in-law, Ashley Agner.
I was not far from several sights that I wanted to see, so I started walking. The whole island is only four miles by two miles, so it isn’t hard to get around. First up was the Truman White House. President Truman and others including Kennedy and Clinton enjoyed coming here. I just walked around and looked at it from the outside.
A little farther along was the Key West Lighthouse and Keeper’s Quarters. It was great fun to climb up to the top of the lighthouse and get a broad view of the whole island. Just across the road was the Hemingway House. I toured it too, and really was impressed. Tyler, our guide, brought the great writer to life. He had so many true stories that were simply amazing, such as the fact that Hemingway had at least 12 concussions during his lifetime. I am going to have to read more about Ernest Hemingway.
I had heard all day about the celebration of the sunset that occurs in Mallory Square starting about 7 p.m. I didn’t want to miss it and headed over to see a series of street performers and a magnificent long sunset, even though the sun was mostly hidden by light clouds.
During the day and while writing this, I know that I am not quite ready to give the final thoughts on this ride. We will come up with something in the next few days to do that. There were so many interesting people, lots of amazing sights, plenty of challenges and, of course, the accident and the aftermath of it. I have been asked about the difference between this one and the cross country ride from last summer. It will take a little bit of time to explain that one correctly, but I know that both were fantastic, yet different in certain ways.
So with this writing, I will end the regular series of daily columns on the ride from Maine to Key West. I am already missing it, and look back with fond memories. Thanks once again to everybody for riding along.
Rowan County resident David Freeze has cycled from Bar Harbor, Maine, to Key West, Fla. Contact him at david.freeze@ctc.net.