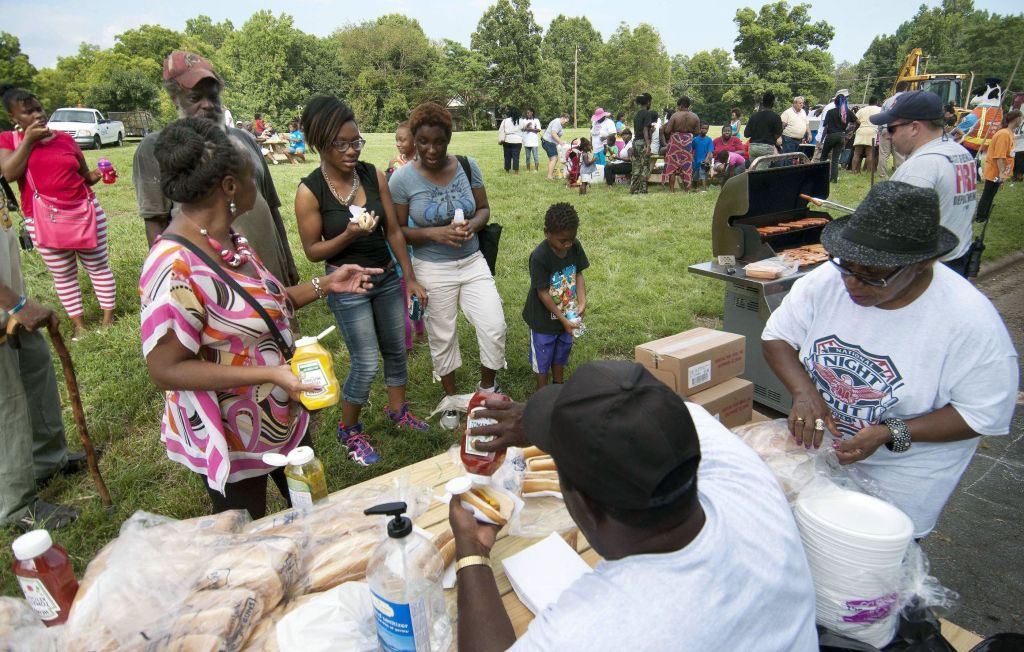 EAST SPENCER — Just off Henderson Street children stood Tuesday evening in the middle of a field waiting in a growing line.
More than 100 people gathered for the first National Night Out event in East Spencer. Other towns and communities also held similar events throughout the county.
The event was organized by the police, fire and public works department.
The departments served hot dogs, popcorn and snow cones. The children waited in line to get inside a bounce house that stood in the middle of the field.
“It’s great. It’s much overdue. The kids need something like this, especially because they are going back to school,” said Howard Miller, who is part of the public works department.
“I can only see the town getting better This is taking the first steps,” he said.
He said the town can be the example to the children in the community.
“When they keep seeing us doing something positive they’ll start doing positive things,” Miller said.
Kiddie Land Kindergarten Director Timika Peterson and about 78 children from the school were in attendance at the event.
“It’s very productive, educational to come out here and learn about their community and get involved,” Peterson said.
She said the event lets the children know they don’t have to be afraid of the police.
“This is great community awareness,” she said.
Mayor Barbara Mallett said she was ecstatic about the turnout for the event. She gave kudos to the police, fire and public works department for their work.
The departments sought donations from individuals and businesses to make the event happen.
“I live for the day when people say we are doing something right. My goal was to get outside the walls of town hall and get in the streets,” she said.
Mallett said this event is only the beginning.
Members of Phoenix, a local step team, performed during the event to one of their biggest crowds.
Coach Rhonda Rankin said the girls have been performing since 2011 and are made up of 12- to 16-year- olds. The group is based in East Spencer. The name, she said, stems from the notion of something rising from the ashes to be made new.
Rankin said there have been people who’ve looked on East Spencer negatively, but she believes the town is headed for greater things.
Maggie Clinding, a native of East Spencer, said she’s happy to see the town providing something for the children to do.
“It’s a blessing,” she said.
She said it’s good to teach children that they don’t have to be afraid of police officers.
Tony Stalling said he’s concerned there isn’t a lot of activities for the children to do in town so this event was “great for the kids.”
Lakita Collins said this was a good event and she hopes the town continues to have more activities like it in the future.
“It’s great,” said Jakaiya Bethea.
The 10-year-old was short on how to describe the event, but her father, J.P. Hill, said the event was a way to meet new people and a chance to watch his daughter play.
“I think it’s fantastic,” said Audi Heard.
Although Heard doesn’t have any children or grandchildren who live in the area, he wanted to attend to support the town.
“It’s a good turnout, especially with this heat,” he said with a laugh.
He also said the town should do activities like it more frequently.
Police officer Jamie Thomas said the event was a great way for people in the community to meet each other.
“It’s good to bring the community together, have some fun and let loose,” Thomas said.
The National Night Out event was a way to give the children in the community something constructive to do, said Sandra Ramsey.
Contact reporter Shavonne Potts at 704-797-4253. 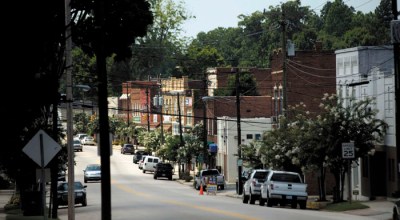