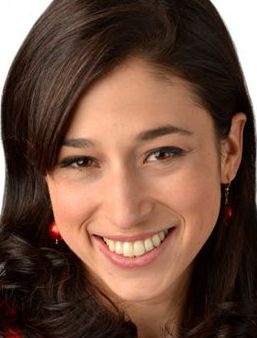 One in five? Yeah, right. Sounds way too high.
That’s a common reaction to the oft-cited statistic about the share of women who experience an attempted or completed sexual assault during college. The number can’t possibly be right, the Doubting Thomases (or, less frequently, Doubting Thomasinas) argue. It’s based on a small sample of schools, after all, and must not be representative of the full melange of colleges out there.
How about this, then? Let’s survey every campus and find out.
So proposes a bipartisan bill introduced by eight senators last week. The Campus Accountability and Safety Act would, among other things, create new transparency standards for U.S. colleges, requiring them to conduct anonymous, standardized, representative surveys about student experiences with sexual violence. The survey language and platform would be developed by the federal government, and results would be published in a centralized, user-friendly database — alongside other figures schools already report, such as tuition and retention rates, in exchange for participating in the federal student financial aid program.

This is a brilliant idea, if not a new one. For years, victims’ advocates have been recommending that schools pull their heads out of the sand and start measuring the true extent of the epidemic of sexual violence on their campuses. Colleges, alas, have been less keen on the idea. In the spring, a White House task force presented a similar proposal for such “climate surveys” that was fiercely opposed by several higher education industry groups. State legislators in Maryland also considered a survey mandate, but the state’s schools (including one under federal investigation for allegedly mishandling an assault complaint) helped kill the bill.
Colleges claim that administering such surveys is too onerous, and that the Clery Act already requires them to publish data on campus crime. But official crime numbers can be misleading, partly because the vast majority of sexual crimes go unreported. Victims feel ashamed, don’t know whom to contact or fear they will face skepticism or harassment if they come forward. Schools also have a lot of discretion about what sort of crime statistics they publish, making apples-to-apples comparisons among schools difficult.
Most troubling, because there is so much incredulity about the prevalence of sexual assault, schools face perverse incentives to underreport incidents for fear of being seen as unusually dangerous even when their crime rates are merely average. It’s no wonder, then, that in response to a recent survey of 440 colleges commissioned by Sen. Claire McCaskill, D-Mo., 41 percent reported not having conducted a single investigation into sexual violence in the previous five years. These schools are probably proud that so few incidents appear worth investigating — but a low investigation rate is probably a sign not that campuses are crime-free but that victims aren’t seeking help. Or, worse, that administrators are not taking action when victims come forward.
A few brave schools voluntarily survey students about their experiences with rape, sexual assault and harassment. The University of New Hampshire, for example, has been conducting surveys for more than 25 years, and handfuls of other institutions have followed suit (some as a result of federal investigations into whether they have mishandled sex crimes in the past).

Many of the schools that do conduct surveys don’t publish the results, though, likely out of fear of negative publicity. My own alma mater, Princeton, surveyed students in 2008, but the findings were not made public until someone leaked them to the school newspaper five years later. Asked why the results weren’t previously published, an administrator told the Daily Princetonian, “A story that Princeton’s rates of students who have been assaulted is on line with national averages is really not a story, but I mean in this news environment, people would make a big deal about it.”
This is exactly why we need to put every school on an equal footing, with a standardized, comparable measure of sexual violence rates. Based on survey data already available, most likely we wouldn’t see much variation in victimization rates from campus to campus, says Nancy Chi Cantalupo, a researcher with the Georgetown University Law Center who has advocated for climate surveys.
But a universal survey requirement would force schools to publicly acknowledge the extent of sexual violence on their campuses. Then they could stop worrying about embarrassment that might result from more accurate measurement of crime rates — and focus instead on better ways to prevent and respond to the crimes themselves.