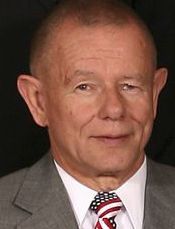 In advance of the N.C. Local Government Commission considering their application today for a $3.95-million loan to cover the purchase and some renovation of the former Salisbury Mall, county commissioners held another public hearing Monday.
Turnout for this one was more evenly distributed than at a hearing earlier this year where seven people spoke against the issue for every one who supported it. But at the end of the night, the numbers wouldn’t matter anyway — the opponents were going home frustrated.
As it has consistently, the board voted 4-1 to support the application, with Commissioner Jon Barber opposed.
And on the same agenda, commissioners approved a bid for the renovation of 10,000 square feet at what’s now called West End Plaza for new Board of Elections offices, and they agreed to work with a nonprofit group that wants space there for a literacy program.
Commissioners who support the loan say they simply want to put the money back into county savings they used to buy the mall.
“The fact is, Rowan County owns West End Plaza,” Commissioner Chad Mitchell said. “The fact is, the county will be in a better financial position if the (Local Government Commission) approves this application.”
Late last week, that seemed unlikely. Local Government Commission staff had initially said they wouldn’t forward the application to the commission and, even though they relented and scheduled it for today’s meeting, the staff is recommending against its approval.
In a letter to County Manager Gary Page, Vance Holliman, deputy state treasurer and Local Government Commission secretary, said that was largely based on negative public opinion of the project and the primary loss of commissioners Chairman Jim Sides, a champion of the mall purchase.
Most opponents Monday asked the board to put off taking out a loan or renovating until after three new commissioners are elected in November. Mitchell and Barber aren’t seeking new terms, so the vote could bring a majority to the five-member board who don’t agree with the purchase, they said.
“The new county commissioners may very well decide the best thing to do is to sell the mall,” said Judy Klusman, a Republican running for county commissioner and one of three candidates to speak against the application, along with Republican Jim Greene and Gene Miller, who is running unaffiliated. They were among six candidates who signed a letter asking the state not to consider the current board’s application.
Chris Cohen, who is also running unaffiliated, said he supports the mall purchase and the loan, which he said would put the county on a sturdier financial footing for the new commissioners. Even people who opposed the purchase should get behind that, he said.
“Two wrongs don’t make a right,” he said.
Seventeen people signed up to speak in favor of the loan during the public hearing, and 20 signed up to speak against it. Some of them also spoke during the open public comment period, and others left without speaking.
The red berets of La Resistance — a group that has opposed the mall purchase and campaigned heavily against Sides during the primaries — dotted the crowd and were joined by people waving green fans emblazoned with Forward Rowan!, the name of a new group that supports the mall purchase and loan.
Michael Martelli, with La Resistance, argued the public hearing “should have been held before the purchase of the mall. I feel this purchase was very irresponsible.”
John Leatherman gave the board a petition he said contained 200 signatures in favor of the purchase.
“The former mall is inside city limits, too,” he said. “To hurt that area is to hurt the city, the county and the tax base.”
The county paid $3.425 million in December for the 320,000-square-foot mall on Statesville Boulevard. The troubled shopping center had lost its anchor stores and was losing smaller shops.
Officials pointed out the county has had growing space needs for years and said when the mall was put up for sale last year, they saw an opportunity to pay less than $11 a square foot for space.
“We had an opportunity that presented itself, and we didn’t have a whole lot of time to move,” Sides said.
To critics who said the county has no apparent plan for the space, Sides said the county is conducting a needs assessment.
“A capital needs improvement plan doesn’t come together in 30 minutes,” he said. However, he added, the Board of Elections “has been asking for space for 20 years.”
The cost for the new Board of Elections office rises to about $45 per square foot with renovations, which supporters contrast with an expected cost of $127 a square foot for a planned Rowan-Salisbury School System central office.
Elaine Hewitt, secretary of the three-member Board of Elections, said the new space would provide room for training election workers, allow for secure storage of equipment and records, and comes with adequate, safe parking, all challenges in the department’s current offices in the county administration building.
Despite his opposition to the mall purchase, Barber supported the renovations for Board of Elections offices because, he said, he’d pledged several years ago to help the department get more space.
In addition to that project, commissioners said they would work with the Tsunami Development Literacy Program, a local group asking for space inside the mall for an after-school program to help build literacy and provide computer access to students who don’t have them at home.
The board will also receive bids at its Aug. 18 meeting for renovations to another part of the former mall to house a new Veterans Services Office.
And whether the Local Government Commission approves the loan application or not, the current majority of county commissioners appears intent on continuing to develop the West End Plaza.
“I got elected to a four-year term,” Sides said. “I’ll make decisions until Dec. 1.”

Can you help solve the national debt? Workshop scheduled