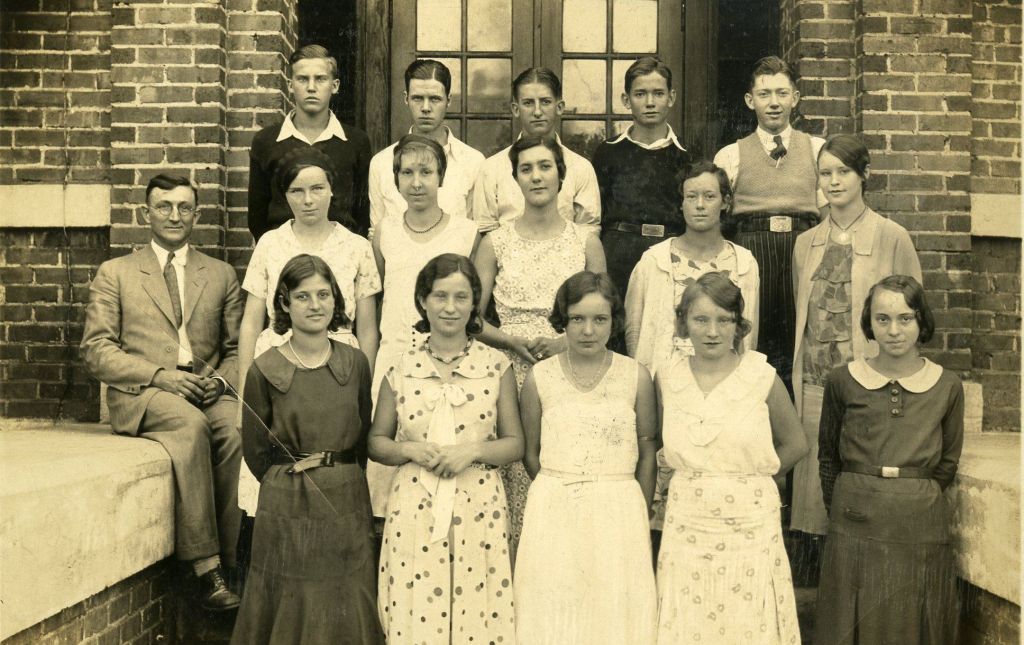 Dan Caldwell of Mount Ulla provided this photograph of an East Spencer High School class, probably from the early 1930s. Dan’s grandfather, John B. Caldwell Sr., was a principal, teacher and coach at the school, and he’s the man sitting at the far left of the second row. Dan knows of two other people in the photograph. Lucy Poteat is on the front row, second from left, and Worth Rusher is in the middle of the back row. Both were 1932 graduates of East Spencer High, and Lucy and Worth would later marry in 1935. Worth Rusher would become founder and president of Rusher Oil, still in business today. John B. Caldwell Sr. eventually would leave education during the Depression and become owner of a general store on the Mooresville Highway near Back Creek Church Road. Dan Caldwell owns the store property today.