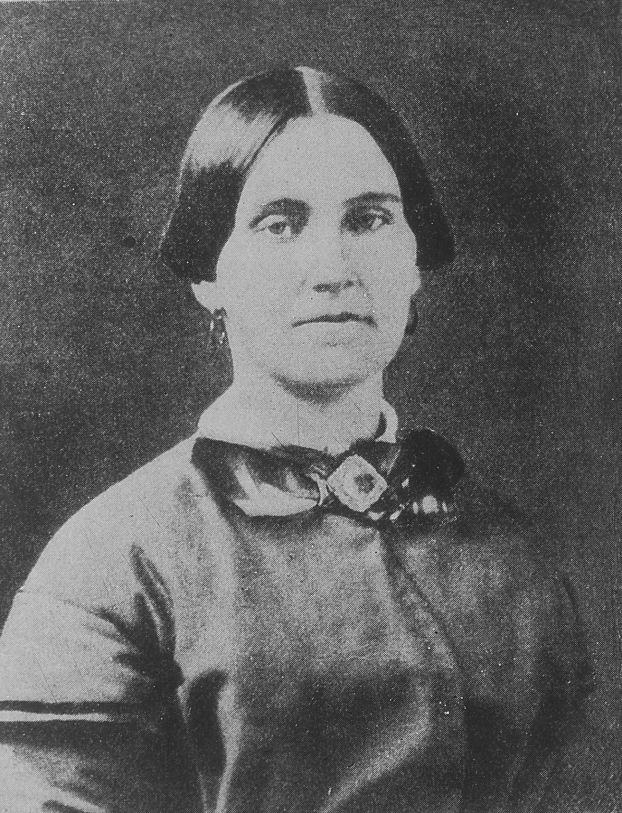 We remain fascinated by Lincoln’s death

The discussion of the second book in the Summer Reading Challenge revealed a continuing fascination with Abraham Lincoln’s assassination and the survival of many of the places assassin John Wilkes Booth stopped during his escape from Washington, D.C.
Steve Cobb, a math teacher at Cannon School and husband of Reading Challenge coordinator Jennifer Hubbard, showed the landmarks during last Tuesday’s discussion of “Manhunt: The 12-Day Chase for Lincoln’s Killer,” by James Swanson, and talked about other reading.
Booth traveled just 60 miles in his quest to escape to friendlier territory, easily traveled today on modern roads. “I had the idea I wanted to take the trip Booth took,” Cobb said, “but so many people already have and there’s great photos of that.”
Booth’s first plot was to kidnap Lincoln, but after Robert E. Lee surrendered, he determined Lincoln and his cabinet had to be eliminated completely so the South could snatch victory from defeat.
Cobb presented a slide show of people and places Booth encountered during his escape. Mary Surratt, who was hung for her collaboration with Booth, was the first woman to be hanged by the United States. Her Washington, D.C., boarding house still exists. It’s now a Chinese restaurant. Surratt’s tavern where Booth hid firearms and a few supplies before the assassination, still stands on the same road, and is now a museum.
The boarding house is not far from the beautifully restored Ford’s Theater, which several people in the audience have toured. Productions are still mounted there in the evenings. Lincoln’s box is decorated as it was then, and you can peer in it from behind protective glass.
The Alley behind the theater still exists, though new building have gone up around it.
You can even see the room where Lincoln died. Those in the audience who had seen it were amazed by how small it was and wondered how so many people crammed into it during the time before he died.
Booth’s charge over the bridge into Maryland took place on a wooden structure about the width of a wide carriage then. It’s a six-lane highway now.
When Booth arrived at the home of Dr. Samuel Mudd, whose life was ruined by his collaboration, although he survived, Mudd had to cut the thigh-high boot off his swollen broken leg. You can see that boot on display, as well. Even the Derringer that delivered the fatal shot is on display, as are the contents of Booth’s pockets when he died, including photos of several girlfriends.
But the Garrett House, where Booth made his final stand, collapsed in the 1930s and is now surrounded by highways. A sign in a small clearing indicates where the house stood.
While the manhunt was on, Lincoln’s body was taking a slow train trip to Springfield, Ill., for burial. Theodore Roosevelt saw the funeral procession and somehow acquired a lock of Lincoln’s hair.
Cobb suggests a couple of books, out of hundreds, about the assassination: “American Brutus,” by Michael W. Kauffman, and “The Assassin’s Accomplice,” by Kate Clifford Larson. Larson’s book covers the life of Mary Surratt and her part in the plots against Lincoln. Larson reveals information that shows Surratt was an important conspirator from the very beginning.
Another account, by Louis J. Weichmann, one of the prosecution’s chief witnesses at the time, is “A True History of the Assassination of Abraham Lincoln and of the Conspiracy of 1865.” Cobb described this account as disjointed and rather dull.
Ironically, Lincoln established the Secret Service. It officially came into being the day he was assassinated, but Theodore Roosevelt was the first president to have Secret Service protection.
Contrary to popular belief, the phrase “Your name is mud” did not originate with Dr. Samuel Mudd, who splinted Booth’s broken leg. The phrase dates back to 1703 England, indicating a fool. Earlier than that, the word mud meant the lowest or worst part of something.
Some in the Tuesday night audience were surprised that the trial and execution happened so quickly. Secretary of War Edwin Stanton was a powerful man who demanded decisive action. The trials were military, not civil, and that changed the rules quite a bit.
One reader has studied the assassination for a while, it seems. He suggested a conspiracy that included Stanton.
Cobb said “Manhunt” was “a page turner.” He said children don’t learn about the chase in school. Many who read the book for the first time were equally surprised to learn about Booth’s delays and mistakes, after he planned the assassination is less than a day.
The final book in the Summer Reading Challenge is “Hateship. Friendship, Courtship, Loveship, Marriage,” a collection of short stories by 2013 Nobel Prize winner Alice Munroe.
Read one story or read them all, but come to the final discussion on Tuesday, Aug. 12, again at the Norvell Theater at 7 p.m., with Jennifer Hubbard leading the discussion.