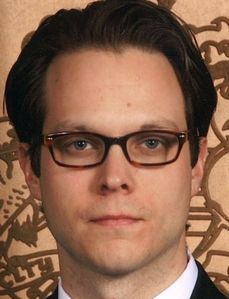 I represent Doug Paris and Elaney Hasselmann regarding communication with the media. The below information from my clients and from my review of their personnel files is intended to provide information and facts that have not been available for discussion or print in the media.

Elaney Hasselmann was paid appropriately for the multiple roles that her job as director of public information and communications entailed:
• Management of Access 16 government news channel formerly under the city’s IT Department;
• Management of the web services function formerly under IT;
• Management of city-wide marketing and sponsorships;
• Marketing manager for Fibrant and,
• Management over public information and media relations.
Several years ago the city began to consolidate these decentralized functions under one manager to streamline operations and lower costs. Elaney Hasselmann was doing a job that previously would have required three managers.
Ms. Hasselmann developed a high-performing team, launched a new city website, rolled-out a Fibrant marketing campaign that helped reach its 3,000th subscriber and coordinated a total rebranding of the city.
Ms. Hasselmann accepted the position on an interim basis and then was promoted to manager with the understanding she would become a full member of the city’s management team after a period of time and satisfactory performance. This occurred. This same promotional path was used for Human Resources Director Ruth Kennerly. The promotional salary changes were researched and appropriately implemented by the city’s human resources department..
Ms. Hasselmann’s compensation reflected these roles and her position on the management team. Comparing her compensation to standard PIO compensation is not an apples-to-apples comparison. Regarding the topic of the pay grade scale, it was not updated properly to reflect the combined roles and positions.

With respect to Doug Paris, the city needed an aggressive leader to step in and fix Fibrant and the city’s finances. He served loyally as a turn-around manager since being named interim manager. In 2011, the city was in the red. The general fund and broadband fund were losing money and the water fund was loaning money. In partnership with the City Council, Mr. Paris rebuilt the city’s management team and took the city from the red to budget surpluses.
This success would not have been achieved without having the right talent on the bus and in the right seats at the management team level. External talent was recruited to make Fibrant reliable and sustainable. Internal talent was promoted where available for developing mid-level managers, financial improvement and Fibrant marketing.
This required salary changes as new staff came on board and existing staff moved up. Mr. Paris would have been delighted to create a system for City Council to be aware of salary changes; however, that expectation was not set for him.
Mr. Paris created several new financial systems as a result of council expectations, which include fiscal notes for agenda items to understand financial impact of council votes, and quarterly financial reports to understand how city finances were trending. He also implemented quarterly departmental budget meetings. These systems were instrumental in the city doubling its fund balance.
Some of Mr. Paris and his team’s accomplishments are below:
• $5 million saved over 10 years via 911 merger with Rowan County;
• $1million in savings due to water-sewer debt refinancing;
• $2 million in savings due to broadband debt refinancing;
• $1 million in savings due to broadband contract renegotiations and bringing contract labor in-house;
• $1 million in savings from streamlining city operations by consolidating duplicative groups into infrastructure services; and,
• Growth in Fibrant revenues and subscribers to 3,000 and increasing reliability to 99.999 percent.

By my count, Mr. Paris’ leadership has saved the City of Salisbury over $10 milion. His contractually obligated severance comes to two-tenths of 1 percent of those savings.
When the city hired Mr. Paris, $135,000 was the bottom of the pay scale for the position. It is our understanding his contract was drawn from a version of the ICMA model contract, which includes a one-year severance. As city manager, Mr. Paris declined to accept pay increases and requested that those increases go toward annual employee Christmas luncheons.
I’ve reviewed the personnel files for both Elaney Hasselmann and Doug Paris, including their performance evaluations; there are zero negative remarks, warnings, or adverse employment actions in their files. The performance reviews for both of them show they were high performing and devoted employees who excelled in their jobs and provided outstanding leadership. In particular, Mr. Paris was willing to tackle the city’s biggest challenges, legislatively in Raleigh, and financially back in Salisbury. He served as a loyal and successful turn-around leader, and the city is in a much stronger financial position due to his leadership.
I hope this helps you to understand the significant contributions Elaney Hasselmann and Doug Paris made to the city of Salisbury.
Hoffman is an attorney in Salisbury.