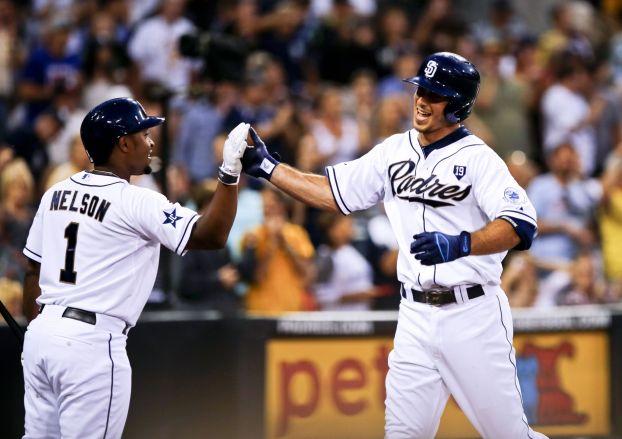 SAN DIEGO (AP) — Rookie Tommy Medica had a career-high five hits, including two two-run home runs, and left-hander Eric Stults and three relievers combined on a four-hitter as the San Diego Padres beat the Atlanta Braves 10-1 on Friday night.
Medica’s previous career-high was four hits a week earlier at Atlanta. This was his first four-RBI game and he scored a career-high four runs. He made his big league debut in September and is in his third stint with the Padres this season.
Everth Cabrera had four hits for the Padres, who had a season-high 20.
The Braves, who lost their fourth straight game, have been held to 10 runs total in their last five games.
Stults (4-13) won for just the second time in his last 11 starts.