Griffith helping out friend in need 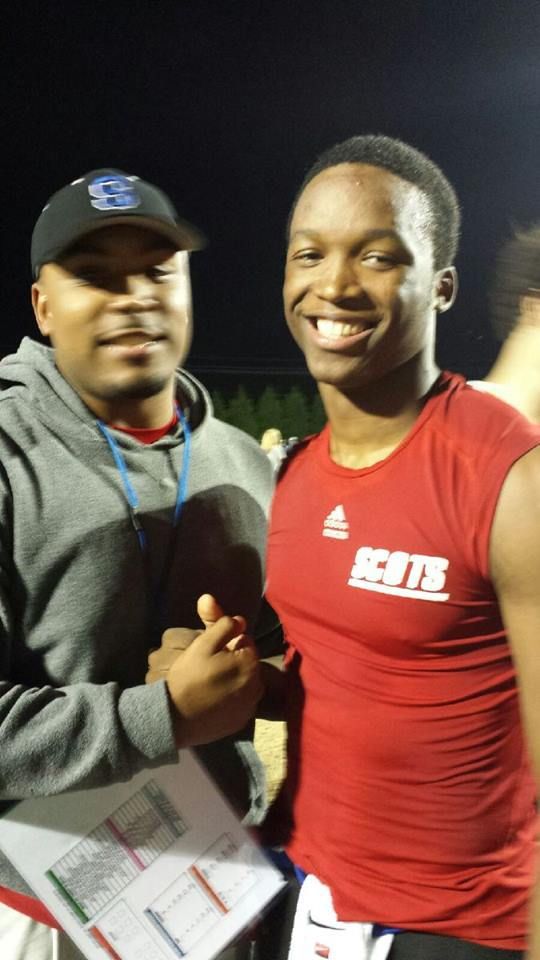 SPENCER — You can’t spell testimony without test. Daniel Griffith and the Scotland County football community didn’t think they’d have one this early in the season.
Scotland County is a perennial state contender in the 4A ranks and reached the championship game last year, falling 24-7 to Greensboro Dudley. The NCPreps preseason poll touts SC as the third-best 4A squad with quarterback and Georgia Tech commit Jaylend Ratliffe as the 4A preseason Player of the Year. Ratliffe rushed for 2,053 yards and 36 touchdowns last year while throwing for 1,756 yards and 16 TDs.
Griffith, a talented quarterback who played on some struggling teams at North Rowan before going on to play at Catawba, enjoyed a lot of success at Scotland County as the quarterbacks coach last year. He knows Ratliffe for more than his football skills. He’s a leader in the community, active in the Fellowship of Christian Athletes and a devout weight-room kid.
“He’s one of the best people I’ve ever met in my life,” Griffith said. “His attitude is infectious. His smile is infectious. He’s one of the hardest-working kids I’ve ever seen.”
Scotland is one of the few county-conslidated high schools remaining and that breeds a community like no other. That’s why when Ratliffe was critically injured in a ATV accident with teammate Dakota Holland on Tuesday, it shook Griffith and everyone else in the area. The injury included a fractured skull and bleeding in the brain.
“Immediately, my heart dropped,” Griffith said of learning of the news. “Tears came to my eyes. This is like family.”
Ratliffe was flown to Carolinas Medical Center in Charlotte and had surgery. He’s still there, receiving visits from all kinds, including Griffith’s former teammate James House. Griffith was in town for the day before heading to Charlotte to see Ratliffe.
“It reminds me a lot of the book of Job in the Bible,” Ratliffe said. “You always have to face adversity. I honestly believe Jaylend will walk though those school doors to share his testimony with the world. That may be his calling. God may be using him for that purpose.”
It’s a been a roller coaster, as brain injuries can be erratic with progress one day and regression the next. There has been conversation between Ratliffe and his head coach Richard Bailey. Griffith says that Georgia Tech has said they will honor the scholarship intended for Ratliffe regardless of his playing status.
Griffith used his influence as a coach to breach his Facebook friends with requests to donate to help Ratliffe’s family with medical expenses. Griffith says Ratliffe’s mother is a single parent who needs help for her son’s medical expenses. He’s reached out to communities throughout the state, including Spencer and Salisbury, and they’ve responded.
“Scotland is a great community and they’ve been raising as much as they can,” Griffith said. “Automatically, it started pouring in. I’ve had people today make commitments at the barber shop. I’ve had people I’ve played with make commitments.”
Losing in the state title last year was nothing compared to this. Griffith’s struggled mightily through this week after his protege had his life hang in the balance. The 25-year-old wants to be a head coach one day
“I was nervous going into that state championship game and Jaylend gave me this wristband,” Griffith said, pointing to the Matthew 19:26 message. “After we lost, I told him I’m not giving you this back until we go to the state championship game.”
Griffith hasn’t taken it off since.
“I hope we can still complete that promise,” he said.
Griffith says those interested in donating can reach him on Facebook or on Twitter at @TheDGriff5.
“The recovery’s going to be a long process so people can donate whenever,” Griffith said. “There’s been so much support for this young man and he deserves it.”