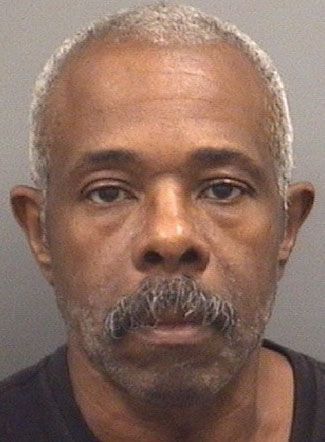 On Thursday, the Rowan County Sheriff’s Office received information from Bradshaw Bonding that Aziz Alim Rahim Al-Amin, also known as Ronald Rankin, was found at a house in Thomasville.
This subject was wanted for eight residential and business break-ins, and a charge of possession of a firearm by a felon, in March 2014. Al-Amin had been featured in the Sheriff’s Most Wanted List since April 2014. Sheriff’s detectives relayed this information to the Davidson County Sheriff’s Office. Al-Amin was arrested at the Thomasville residence within minutes, and was returned to Rowan County. He is in the Rowan County Detention Center under a $100,000 secured bond.
A second subject from the Sheriff’s Most Wanted List was captured during the early morning hours today. Matthew Damion Parham, 22, was arrested for failure to notify of address change by a registered sex offender, and interfering with an electronic monitoring device. Parham cut his probation monitoring ankle bracelet off in mid-July and left his residence. Parham was added to the Sheriff’s Most Wanted List then.
Rowan officials linked Parham to two incidents involving the theft of lawn mowers. On June 28, investigators obtained warrants for Parham. The next day deputies determined Parham cut off his electronic monitoring device somewhere near A.L. Brown High School in Kannapolis.
Parham was accused in March of tailgating an off-duty Rowan Sheriff’s deputy who was in his personal vehicle with his young child. When the deputy stopped at a light, Parham jumped out, pulled out a knife and tried to open the door. The deputy pulled out his handgun and informed Parham he was an off-duty officer.
Authorities said Parham molested a 13-year-old girl in 2011. He was charged in 2012, just a month after law enforcement say he threw trash cans and concrete blocks off overpasses on multiple occasions, damaging several cars in the process. He was convicted in 2013 in both cases.
Parham is also being held in the Rowan County Detention Center under a $380,000 secured bond.