Sheriff: Woman tries to flee courtroom, is shocked with Taser 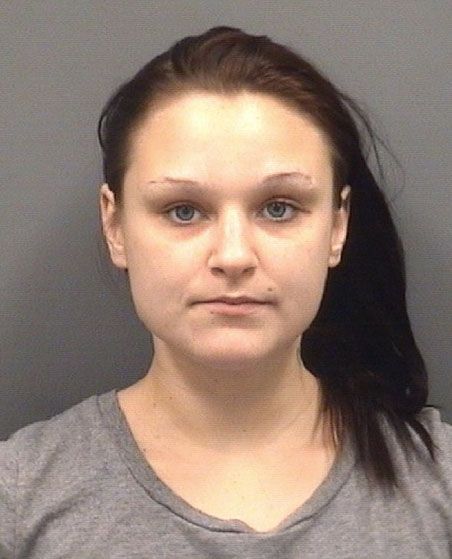 A Rowan Sheriff’s deputy had to shock a woman with a Taser after she jumped over a defendant on a courtroom bench and tried to run out of the room.
The incident occurred Thursday inside courtroom three during a 10 a.m. recess, a report said.
Officials charged Elizabeth Danielle Hill, 18, of the 4000 block of Gold Hill Road, Gold Hill, with misdemeanor escape from a county/city confinement facility and misdemeanor resist, obstruct, delay an officer.
The judge had issued Hill an order for arrest for not showing up in court that morning. Hill told a deputy she needed to go to the restroom and the deputy told Hill that she had to take a seat.
She jumped over someone else seated beside her on the bench and ran to the back of the courtroom. A deputy warned Hill to stop and chased after, a report said.
Another deputy chased Hill, who did not comply with the deputy’s commands to stop. She was placed on the floor, but refused to place her hands behind her back.
One of the deputy’s deployed his Taser and Hill complied, the report said.
Hill remains in the Rowan County Detention Center under a $1,500 secured bond for trying to escape the courtroom. Her bond for the failure to appear/comply was set at $6,000 and $2,500 for misdemeanor resisting arrest.
Hill is on probation for a June conviction for underage drinking and an April conviction for misdemeanor possession of drug paraphernalia. In 2012, Hill was convicted of misdemeanor larceny.
Contact reporter Shavonne Potts at 704-797-4253.