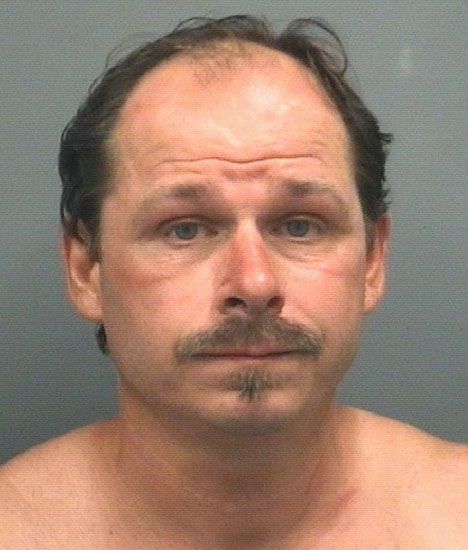 Police: Man with history of assault charged with beating another

A Salisbury man with a history of assault was charged this week with beating up a man officials said was believed to be coming to the aid of a woman involved in a domestic disturbance.
Salisbury Police charged James Wesley Huckaby, 45, of the 700 block of Park Avenue, with felony assault with a deadly weapon inflicting serious injury. He remains in the Rowan County Detention Center under a $15,000 secured bond.
The initial incident occurred in the 200 block of Green Street after a woman said her boyfriend assaulted her and another man.
Police were told the suspect, later identified as James Huckaby, was asked to leave, but then returned to the scene with a knife.
Police were en route to Green Street when they saw a man strike another man at Green and Council streets. The victim fell to the ground and was hit again.
Officers turned on their lights and sirens as they approached. The suspect ran from the area before police could catch up to him. He was found at his Park Avenue home.
The victim was taken to the hospital where he had to undergo surgery for a fractured eye socket, nose and jaw.
Huckaby was also taken to the hospital. He was treated and released.
Huckaby has been convicted of obtaining property by false pretenses, assault on a female in 2000, 2002 and 2010, driving while license revoked, larceny and misdemeanor breaking and entering.
Contact reporter Shavonne Potts at 704-797-4253.