Everyone OK after gas station fire 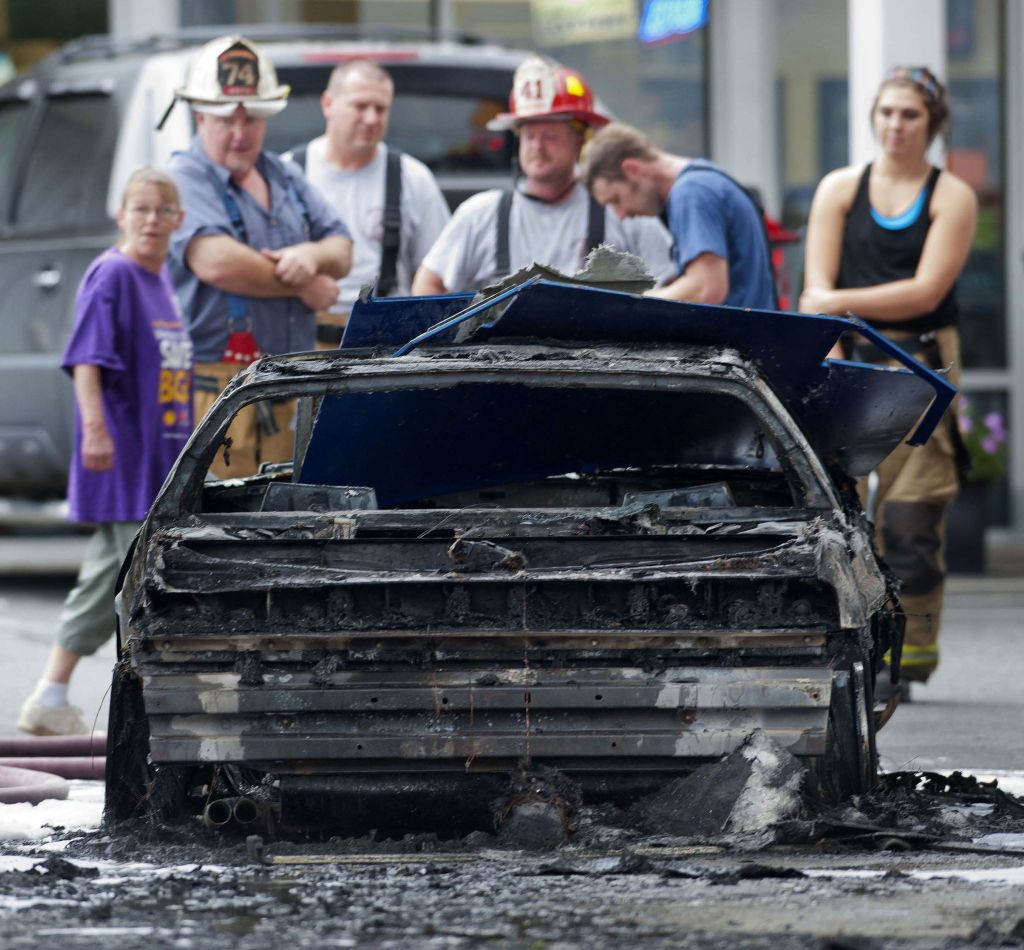 A car burst into flames Thursday evening at a gas station in China Grove.
Jeffrey Sprankle, Jr., 23, and his friend Daniel Burrell went to Mikey’s Convenience Store, and filled Sprankle’s 1985 Pontiac Fiero with about 10 gallons of gas.
“I start my engine and all the sudden I saw black, billowing smoke,” Sprankle said.
Moments later, he said there were flames coming from the engine compartment and coming up through the center console.
That’s when Zimmerman said the pair “bailed out” of the vehicle.
“I undid my seatbelt and ran inside to get a fire extinguisher,” Burrell said, but when he turned around and saw the car completely engulfed in flames, he realized “there was nothing that could be done.”
A gas station employee called 911.
Emergency crews responded to the report of a vehicle fire at the pump the gas station located at 5810 S. Main St. in China Grove at 6:45 p.m., according to Bostian Heights Fire Chief Mike Zimmerman.
Since the fire was under the canopy of the gas station, the call was upgraded to a structure fire, and Highway Patrol blocked the road in preparation for the fire trucks.
Once firefighters arrived, the flames were extinguished in “less than 10 minutes,” Zimmerman reported.
Zimmerman said it “looks like something malfunctioned in the car,” but because of the amount of damage to the car, it could be difficult to pinpoint the problem.”
A Fire marshal was coming to the scene to investigate, and the gas company was on the way to look at the pump when fire crews left.
Gas station employees said they planned to reopen Thursday evening if they could.
“It’s going to hurt me bad,” said Temicha Bryson, the station’s manager. “I’m just thankful everyone’s okay.”
Sprankle said the car had 140,000 miles on it and he kept up with maintenance over the year he owned the car.
This was the first time he’d had issues with the vehicle.