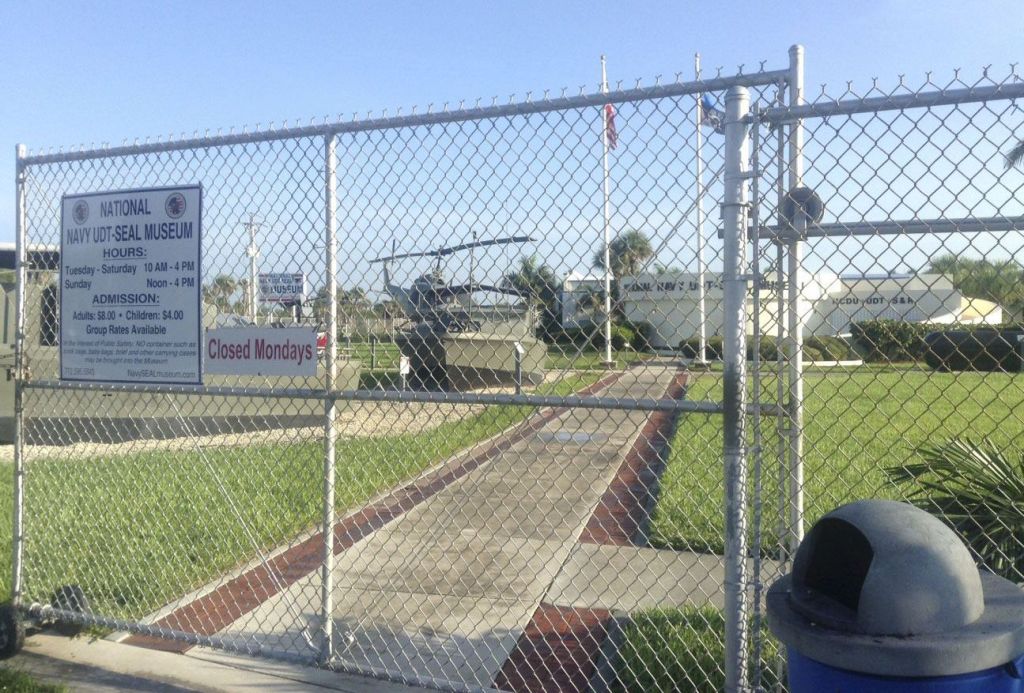 It rained a little overnight in Vero Beach, and I expected more today. I wanted to get out of the motel room and make some tracks before those storms got going, I was headed back over to the beaches, expecting to once again divide the day between A1A and US 1.
I crossed the first of many river and Intracoastal Waterway bridges before it was even really daylight. Not many drivers were out there and the great bike lanes help make it safe over these bridges. Sometimes, separate walkways and even sitting benches are up on the highest parts of the bridges. It is always a thrill to get up there.
This morning’s ride was against the wind and a little boring. For most of it, I couldn’t see the ocean or the river either. Still there were fantastic glimpses that added a little fun. I saw a huge Florida Power and Light plant, and the National Seal Museum surprised me. I was wary if the government had any part of this one, but the sign clearly said, “Only supported by private funding and donations.” The museum didn’t open for another hour and a half, so I kept riding.
I got over to Fort Pierce, then to Stuart and Port Salerno. It was getting hot again, and clouds were forming. Suddenly, just as I arrived at Hobe Sound for the first time during the day, the bottom fell out. I waited out a downpour for about 30 minutes and then got back on the road. One of the things that surprised me the most was the terrain just south of Hobe Sound. A long series of hills, looking much like sand dunes, made for some unusual climbing. My Surly bike made them look easy, though.
About this time, I made a call ahead about a motel in Tequesta. A few minutes later, they called back with the news that there was no vacancy. Seems that some of the motels were a little more busy because of a special short lobster season. Not too worried that I could find a place, I pedaled on. Quite often about mid-afternoon, I start feeling very good. My legs were especially good today.
I rode on into Tequesta, a nice town right before Jupiter. I thought about ending the day somewhere in the next 10-12 miles and an hour or so. As it turned out, the day lasted about four hours.
I was riding past a busy shopping area, just ahead of another impending thunderstorm. I got hit by a car, enough to damage my bike so that it couldn’t be used. Within minutes, fire and police were on the scene, and things were squared away. As everyone quickly realized, I didn’t have a way to go anywhere. My Surly bike had climbed its last hill.
The firemen helped me get the bike to a bike shop back in Hobe Sound. With great effort and a little luck, they put me on another bike that would keep the adventure going. I will address all the players, some photos and a few more details tomorrow, but be assured that I am fine and rolling on.
Tonight, I have a great room in Juno Beach, a little farther than I planned to go. I will tell you why tomorrow, too. Total mileage for today was 69. Left to get to Key West is 256. If all goes well, Saturday should end around Fort Lauderdale (where I will miss Diane Scott of Rowan Helping Ministries fame by just a few hours) and Sunday should be near Homestead. Then will begin the final run to Key West.
Thanks once again for those prayers. I couldn’t ask for more.
Rowan County resident David Freeze is cycling from Bar Harbor, Maine, to Key West, Fla. Contact him at david.freeze@ctc.net.