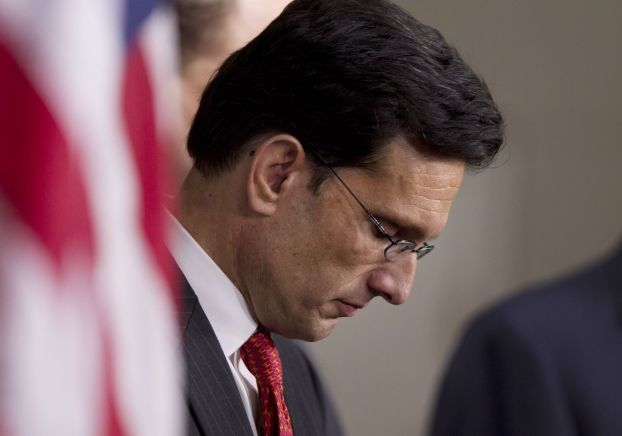 Your daily look at late-breaking news, upcoming events and the stories that will be talked about today:
1. GAZA TRUCE UNRAVELS WITHIN HOURS

A three-day cease-fire quickly ends, with Israel and Hamas accusing each other of violating the accord.

2. CANTOR STEPPING DOWN EARLIER THAN EXPECTED

The former House majority leader will reportedly leave Congress Aug. 18 after previously saying he would finish his term in January.

3. HOW AMERICANS FEEL ABOUT OBAMA DIPLOMACY

An AP-GfK poll finds that dissatisfaction with the president’s handling of events in Ukraine, Gaza and elsewhere now matches his low overall approval rating.

Two Democratic congressmen have called on John Brennan to resign after the agency’s inspector general sided against him for spying on Senate staffers.

Underground gas explosions rip through the republic’s second-largest city, hurling concrete and cars through the air and blasting long trenches in the streets.

6. NO IMMIGRATION FIX IN SIGHT

Congress fails to agree on legislation to cope with the influx of unaccompanied minors flocking illegally to the U.S.

7. ONE FALL OUT FROM SYRIA’S CIVIL WAR

A rabbi, an imam and a priest are working together to build a common house of worship in Berlin.

Some 3.9 million tuned in to the horror spoof sequel — triple the number who viewed last summer’s premiere of the original Syfy film.

10. WHICH ACES ARE SWITCHING TEAMS