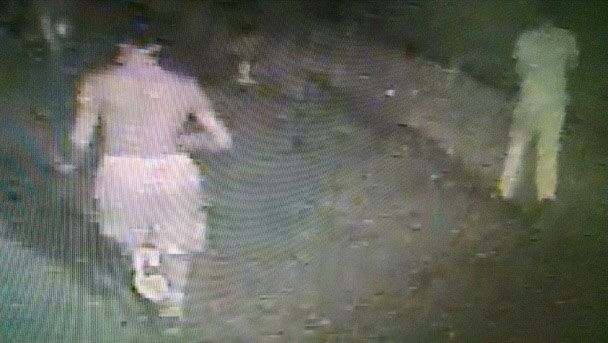 Salisbury Police are asking the public to help them identify a group of men who vandalized a number of businesses on Old West Innes Street over the weekend.
Police Capt. Melonie Thompson said four suspects can be seen in surveillance video from one of the businesses throwing rocks and breaking windows.
The incidents appear to have occurred Saturday and Sunday afternoon, however, one business, Ashley’s Embroidery, reported a vandalism Monday night.
Police said all of the suspects were seen running toward Institute Street after throwing rocks at the embroidery business, located at 1009 Old West Innes St.
Specialized Computer Support Services reported Sunday someone broke several windows to the business. A report said it is believed to have occurred sometime around 2:45 p.m. Saturday and 2:45 p.m. on Sunday. The business is located at 1017 Old West Innes St.
KMD Holdings, 1001 Old West Innes St., reported to police they, too, had a broken window at the business. Someone broke a back window, but it did not appear anything was taken. The vandalism occurred between 2:25 p.m. on Saturday and 2:25 p.m. on Sunday.
The buildings at 1021 Old West Innes, 1023 Old West Innes and 1029 Old West Innes streets, all of which housed the former Paint and Floor Center, were also vandalized.
Anyone with information about these incidents are asked to contact Salisbury Police at 704-638-5333 or Crime Stoppers at 1-866-639-5245.