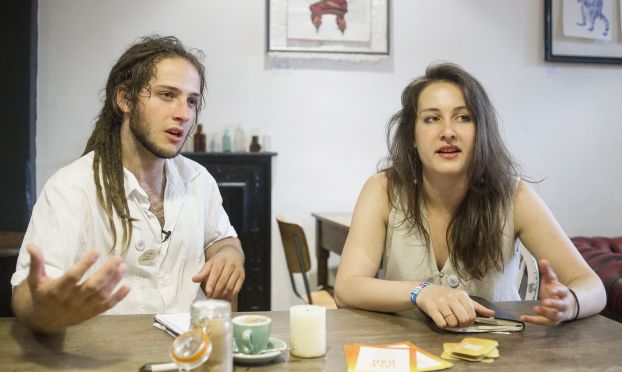 Heaviest bombardment in Gaza yet as Israeli aircraft, tanks and navy gunboats hit symbols of Hamas control and a power plant.

In an escalation of tensions, the Obama administration accuses Russia of conducting tests in violation of a 1987 nuclear missile treaty.

3. WHAT IS BECOMING A KEY ISSUE IN MAINE

In the whitest U.S. state, thousands of miles from Mexico, the debate over immigration is becoming a focal point in a closely watched governor’s race.

A $1,000-per-pill drug from Sovaldi has become a popular prescription for a liver-wasting viral disease that affects more than 3 million Americans.

The ruling is a defeat for Donald Sterling, who sought to block his estranged wife from selling the team to former Microsoft CEO Steve Ballmer for $2 billion.

A new campaign called "Talk To Me" wants to change London’s image as one of the loneliest places in Britain.

Medicare should be solvent until 2034, four years later than had been projected, the U.S. government says.

8. SCHOOL’S OUT, BUT MEALS PROGRAM ROLLS ON

A food truck delivers meals to New York City kids to make sure those that qualify for free or reduced-price fare during the academic year don’t lose out.

9. WHERE CAN YOU NOW SEND YOUR KIDS TO SUMMER CAMP

The sequel shifts to Gotham and is wiser than the original and unabashedly awash with fun, the AP’s Frazier Moore reports.

Pedaling through Florida on the hottest day of the trip

The weather experts for the southern Georgia and northern Florida area were calling for serious heat. I left my room... read more