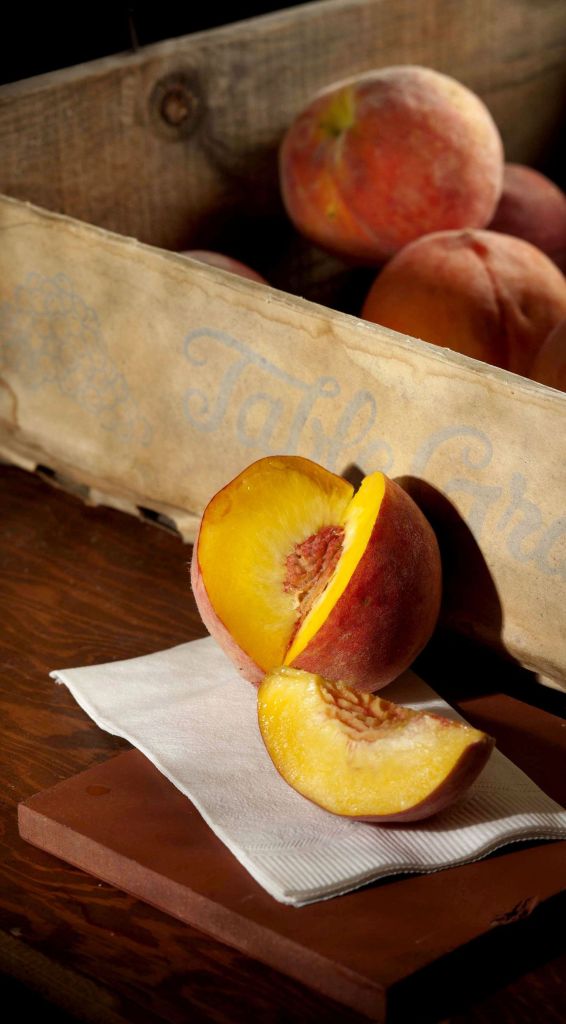 Nothing says summer like a ripe, fuzzy, juice-dripping-off-your-elbows peach.
Rowan County is lucky to have a passionate peach grower like Kevin Huffman, who has about 2,000 peach trees, 15 cultivars in one area and 18 at a new orchard.
People want “anything that’s sweet, best tasting,” Huffman says from the orchard. “I tell them I research a lot. There’s more than 800 different varieties. You got to sit down and read, talk to people who planted before. It takes three years for a peach tree to bare (fruit). You’ve got to look at your chill hours …” Apparently, there is an element of rocket science in peach growing.
“It’s very hard to grow peaches,” says Darrell Blackwelder, Rowan County director of the Cooperative Extension Service. “Peaches have a number of problems, late freezes, especially here. The other problem is they have to have so many hours of chilling. They have a multitude of disease problems and insects — hence the need for spraying. The trees are very short-lived — 15 years is a long time for a peach tree.
“And they’re labor intensive, with pruning and thinning,” Blackwelder says. Huffman is one of the larger farms in the state, Blackwelder says. “Montgomery County and the Pinehurst area, the sandhills are more common for peaches.” Blackwelder says price does not matter, peaches sell. “The rewards are pretty good, but it’s hard.”
Huffman knows all about it. “People think we’re just busy three months out of the year. We prune in January and February, they bloom in March, then you have to start spraying, In May we’ve gotta cull the peaches so the limbs don’t break and you have a good size peach. We pick till mid-September, we put dormant oil on them in December for scale and mites. It has to be above 48 degrees for the oil. I’m hoping we don’t have mites or scales this fall because it was too cold to spray last year. October and November are the only months I don’t do much in the orchard.”
This year, all that work is paying off. “We’re having a good year,” he says. “A lot of people got froze out, but we got peaches everywhere.”
He explains the mysterious chill hours — peaches have to have a certain number of hours with the temperature around 40 degrees in order to set blooms in spring. Why do South Carolina peaches show up first? “They got fewer chill hours, so they bloom faster.”
On any given day at Huffman’s Peaches, there will be five or six varieties of peaches on the sale tables. Huffman’s most popular peach, the sweetest, is Contender, which is available now.
The farm is open 9 a.m.-6 p.m. every day at 4825 Goodman Lake Road. Peaches are sold in boxes, in pecks (12 pounds). If you want a bushel, you pay for four pecks. The price depends on the variety of peach. “We grade on size, so the smaller peach is cheaper.” Mostly, he says, people want good, sweet peaches. We have some white and some yellow, too.
“We’re more like a wholesale outlet than a roadside stand,” Huffman says.
The ripest peaches that have to be used immediately are set aside. “These you’re going to freeze, make cobbler or jam,” Huffman says. “A lot of people want those. We give some away to a church that makes jams and jellies that they use for a fundraiser or give to the elderly. We give to Meals on Wheels, Trinity Oaks, Autumn Care, Oak Park.”
“We had a busload of Baptists from Winston-Salem the other day. We’ve even seen people from South Carolina who couldn’t get peaches there.”