Dinner and a show – Carson theater performs ‘Death by Dessert’ 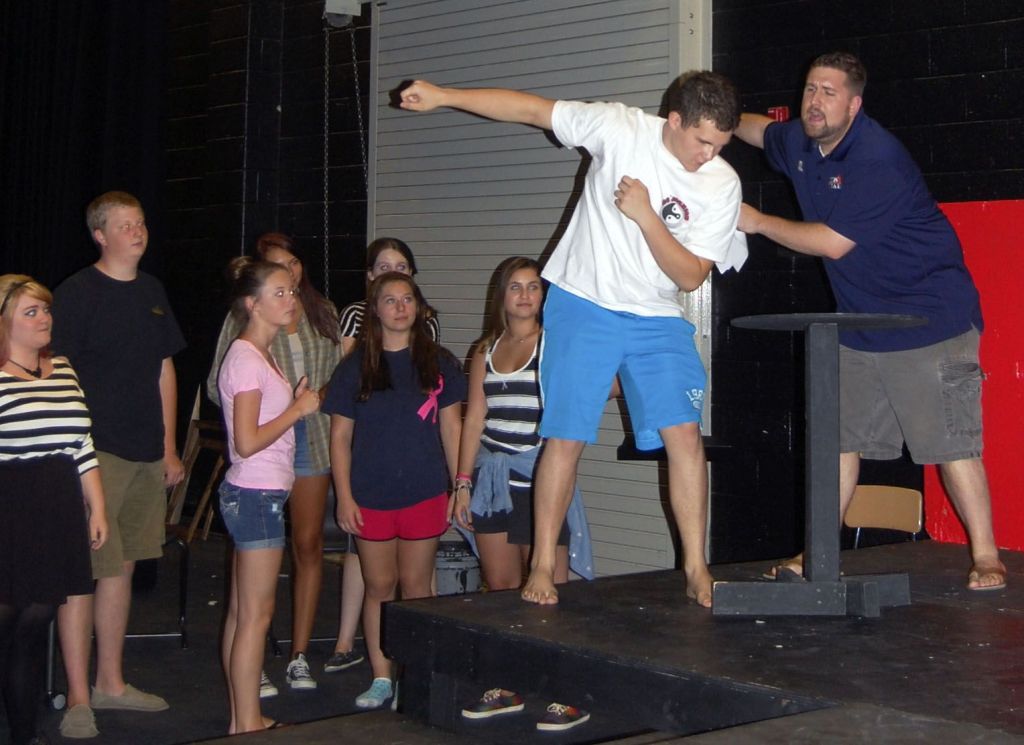 There’s no question that Carson High School knows how to put on a show, and this year fans don’t have to wait for the school’s annual fall or spring performances to indulge in a Carson theater production.
This weekend, they are presenting their first-ever summer dinner theater – “Death by Dessert” by Nathan Hartswick.
“We’ve always wanted to do a dinner theater, but it never fit into the schedule,” said Carson drama teacher Alex Reynolds.
The show is a fundraiser to purchase a new sound system for the school’s performing arts department.
The school’s current system works well for one person talking into a microphone, but can’t handle a full orchestra and 15 wireless microphones, Reynolds explained.
“It can’t keep up with what we need it to do for our spring musicals,” he said.
Last spring, he said, the theater department had to rent a sound system for its performance of “Annie.”
The show follows the story of two rival Italian restaurants separated only by a single wall, Reynolds said. “They hate each other because of a longtime feud.”
He added that “Death by Dessert” is kind of a twist on Romeo and Juliet, “but a lot quicker and a lot sillier.”
Reynolds described this show as a “heightened” experience.
Most Carson performances are brought together over six weeks of rehearsals, set builds and costume fittings, but the cast and crew are pulling this show together in one week.
Students committed to an entire week of rehearsals, lasting eight or more hours each day.
“It makes for some really long, but really funny days,” Reynolds said.
Actors memorized their lines before rehearsals began this week so they could “really roll through it,” he said.
“Death by Dessert” was cast before school got out in May and includes some 2014 graduates, as well as several upcoming freshmen.
“Anytime we decide to do a show, the question is, ‘How many kids can we fit in it?’ ” Reynolds said.
“We have an awesome group of kids,” he said. “They just love doing it.”
Each performance of “Death by Dessert” seats 80 people. Admission is $80 per table, which seats four people. The Friday and Saturday shows are already sold out, but roughly 10 tables remain for Sunday’s performance. All shows begin at 7 p.m.
Admission includes a salad, pasta dish and dessert, provided and prepared by parent volunteers.
Tables for the dinner are actually situated on the stage of Carson’s auditorium and are set with white linen tablecloths, centerpieces and twinkling lights.
Tickets for the Sunday performance can be purchased by emailing Reynolds at reynoldsat@rss.k12.nc.us.

Jim Morton looks back — and he likes what…