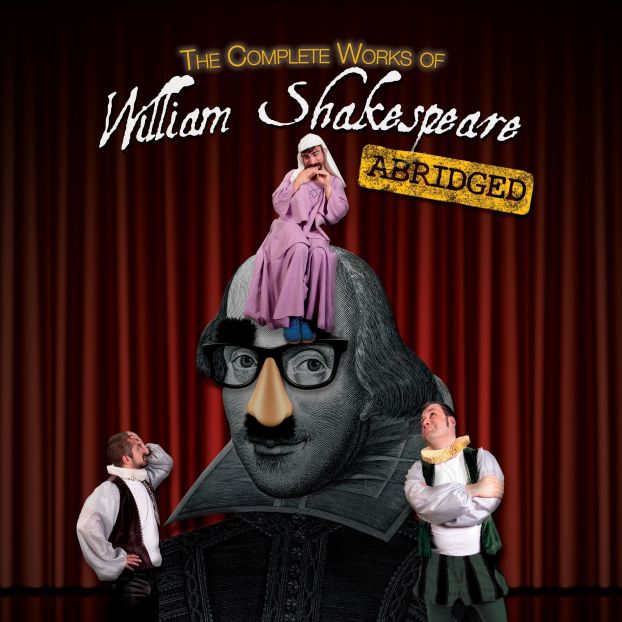 Now granted, Justin Dionne is typically a pretty enthusiastic person. But these days, he’s particularly enthusiastic about Lee Street theatre’s 2014-15 season.
It’s the seventh season for Salisbury’s off-Broadway and fringe theater, but it’s the group’s first full season in its new facilities at 329 N. Lee St.
Dionne, the theater’s managing artistic director, has recently been preparing the facility’s calendar to give to his board of directors.
“Our calendar is full,” he says. “We keep very busy. That’s why we built the place — to be open and have events going on.”
Dionne promises a good, broad range of great programming for the upcoming season.
There are 10 shows and 10 concerts slated, with Flex 20 and Flex 10 ticket passes available. You can purchase either 20 or 10 passes for any of the regular season productions, Dionne says. General admission single tickets are $15.
Here’s a glimpse of what’s coming to the Lee Street stage:

“USO — Until They All Come Home,” a USO tribute show, Aug. 7-9 and 14-16. Lee Street will collaborate with the Rowan Choral Society in this show that’s a tribute to the longtime USO shows led by the legendary entertainer Bob Hope. Kent Bernhardt will serve as the show’s emcee, and the variety show will span the 73-year history of the United Service Organizations, a group that’s entertained our troops for decades.
“We’re taking the standard of what a USO would have been and doing it on our stage,” Dionne says.

“One-Act Play Festival,” Sept. 18-20 and 25-27. Last season, Lee Street produced an original full-length play, “The Sugar,” but this season wanted to return to its roots with a one-act play festival. The theater will also host a 10-minute play festival later in its season, but one-act plays, Dionne notes, tend to last about 30 to 45 minutes.
Three one-act plays are on the schedule: “Walt Grace,” by Andy Rassler, “Handsome Devil,” by Jason Roland and “Do Us Part,” by Rob Smith.

“Rent,” Nov. 13-15 at Hedrick Little Theater, and Nov. 20-21 and 22 at Lee Street Theater. This presentation of the Tony award-winning musical “Rent” marks the first-ever collaboration and dual venue production between Lee Street and Catawba College. “Rent” will open Nov. 13-15 at Hedrick Little Theater on the Catawba campus, moving to Lee Street for performances Nov. 20-22.
Dionne calls the project a huge undertaking. It’s co-directed by him and Catawba’s Dr. Beth Homan, and co-casted with actors from Catawba and the community. Catawba’s Dr. Chris Zink came up with an idea for a “tour” — albeit one that’s only a few miles long.
“It is a great idea for students on how a touring show would be — from breaking down the set to loading up the truck and working in two different spaces,” Dionne says. “Audiences may even want to see the show at both locations.”
Before hitting Broadway, “Rent” was first performed in a 150-seat venue — the kind of intimate space both local theaters offer, Dionne says.

“Sounds of the Sixties,” Jan. 22-24 and 29-31. This cabaret-style show will feature local singers including Kent Bernhardt and Patsy Parnell.

“The Complete Works of William Shakespeare Abridged,” April 2-4 and 9-11. For this performance, Dionne has followed the “rule of three” in comedy.
“I was worried that Shakespeare would scare people off if we did it first,” Dionne says of the wildly funny “Abridged” series. “My plan was to build the brand and work Salisbury up to it.”
Build he did.
“The Complete History of America” got crowds in the door. “The Great Books Abridged” kept them laughing.
“So now,” Dionne says, “no matter what these guys do, it’ll be hilarious.”
The three actors, Jason Roland, Jacob Asher and Brian Romans will this time tackle William Shakespeare’s literary canon. Hilarity is sure to ensue, as they say.

“Yard Sale,” 10-Minute Play Festival, May 6-9. Yard sales will be the theme of this year’s 10-Minute Play Festival. This is the seventh year for the festival, which began when Lee Street Theatre began, and Dionne believes it is the state’s longest-running 10-minute play festival.
“A Few Good Men,” July 16-18 and 23-25. This production was a play before it became a movie in 1989 starring Jack Nicholson, Tom Cruise and Demi Moore. It’s written by Aaron Sorkin, who wrote the television drama “The West Wing” and the movie “The Social Network.”
This play bookends the patriotic theme captured with the USO show at the beginning of the year, Dionne says.
Lee Street also now serves as the performance venue for the St. Thomas Players. Two of the plays, “Becky’s New Car,” and “A Doll’s House,” are St. Thomas productions.

The Live at Lee Street concert series will feature a mix of local and regional bands — among them, Chatham County Line, Bombadil, Paper Bird, 6 String Drag, Phil Keaggy, Mic Harrison & the High Score, Underhill Rose, Rebekah Todd & the Odyssey, The Deluge and Mipso.
Dionne calls the Colorado-based band Paper Bird a group that’s “on their way up. I’m really happy we got them.”
In addition, Dionne is planning a two-night comedy festival in October. The first part of the show will be headlined by a national comedian, and feature local and area talent. The headliner will host improv for the second half, with Now Are The Foxes, a local improv group. In conjunction with this event, a seven-hour comedy class will be offered. Stay tuned to Lee Street’s Web site for details.
As they say on the Ginsu knives commercial, but wait! That’s not all!
Lee Street will partner with Historic Salisbury Foundation and The Salisbury Rowan County Convention and Visitors Bureau to bring back Scrooge’s Trolley Tour for its final run around town.
The group is also partnering with the N.C. Transportation Museum to bring “Polar Express” to Spencer.
“It’s the first time ever for this production in our area, and we’re really glad to be a part of it,” Dionne says.
And in September, Lee Street will partner with Covenant Community Connection and Brian Daye — who played Hoke in this summer’s production of “Driving Miss Daisy” — to produce “Voices from the Margin,” a show based on interviews with guests of Rowan Helping Ministries.
“This will be a show of original monologues based on the stories Brian and I heard,” Dionne says.
The show runs Sept. 4-5, with a $15 suggested donation for admission. All money raised from this event will benefit RHM.
“We wanted to communicate a side of things that people don’t stop and think about,” Dionne says. “Some people don’t understand why we needed a bigger shelter. We wanted to look deeper into that and share these stories.”

Another exciting event will be the Murder at the Mansion mystery dinner theater, slated for Oct. 30-31 and Nov. 1. This year, the event takes place at the Fulton-Mock-Blackmer-Dixon house on Fulton Street.
Contractor Al Wilson — who also renovated the Lee Street theater — has promised Dionne that the historic home will be ready for an evening of fun and suspense.
Freelance writer Susan Shinn lives in Salisbury.

Just before 6 on Tuesday evening, Shelby Lookabill drags heavy cushioned chairs into a circle in the activity room of... read more