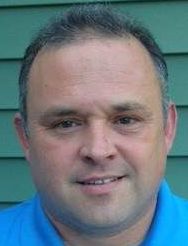 Travis Allen running for board of education seat

Travis Allen is running for seat four on the Rowan-Salisbury Board of Education, which represents the western part of the county.
Allen said his reason for running that he “would like to have a school board that places our students and teachers as their first priority.”
“I would like to return to a more traditional approach to education. Our federal and state systems are broken,” he added.
Allen, 43, is a criminal investigator for the Rowan County Sheriff’s Office and teaches constitutional law and organized crime at Rowan-Cabarrus Community College.
He received a bachelor’s degree in criminal justice from Pensacola Christian College in 1994, and his master’s in administration of justice and security from the University of Phoenix in 2008.
He has not previously held an elected office.
Allen is married to Michelle, a Rowan-Salisbury teacher’s assistant and they have four children — Kaitlyn, who is a sophomore at Liberty University and a 2013 West Rowan graduate; Avery, a 10th-grader at West Rowan High School; Bradley, a seventh-grader at West Rowan Middle and Wesley, a first-grader at Mount Ulla Elementary School.
Allen said he’d like for the Board of Education to focus more on the district’s teachers.
“We need to realize that the answer to our low test scores is not technology or some modernistic learning method. The answer is our teachers,” he said.
Allen added that teachers need to be freed from time-consuming requirements that “hinder them from doing their jobs.”
“We need to give them more time, more help and more compensation,” he said.
In addition, Allen would like to “review and redirect” the district’s budget.
“I want to increase classroom and teacher spending while streamlining administration and office expenses,” Allen said.
Allen’s community involvement includes Rowan Little League Baseball and the Rowan County Youth Football League.
He teaches a young adults Sunday school class at Calvary Baptist Church and is a former member of Rowan County Juvenile Crime Council.
He lives in the 300 block of Darrell Whitley Lane in Salisbury.
Allen is challenging incumbent Vice Chair Kay Wright Norman for seat six. W.F. Owens, Dr. Richard Miller, L.A. Overcash, Dean Hunter and Jean Kennedy are also running for seats on the school board.