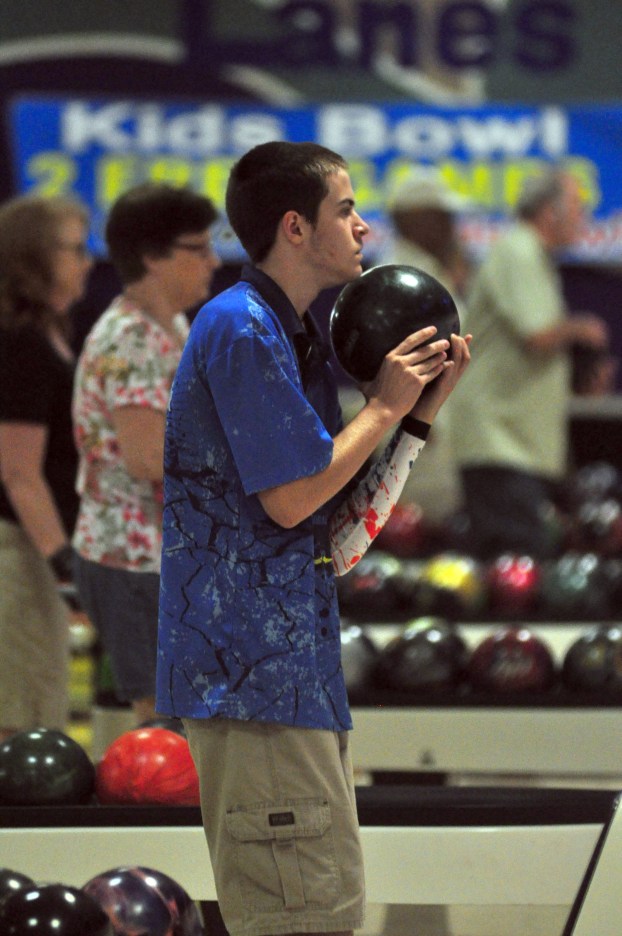 SALISBURY — Former baseball player Taylor Butgereit is still a hard-throwing southpaw, but he’s traded his cleats in for bowling shoes and it’s turned out to be a pretty good decision.
At Woodleaf Lanes, Butgereit hurls 15 pounds of fury for about 10 games a day at least six days a week. He carries a 234 average, which isn’t bad, but he didn’t expect to break it to the degree he did a few weeks ago.
“Everybody still treats me about the same,” “My friends joke with me about it. They say its easy and I’m like ‘it’s not as easy as y’all think it is.’”
He broke the state youth record by recording a 876 three-game set on July 10 at Woodleaf. Game 1 featured a 298 with 11 consecutive strikes.
A crowd then gathered behind Butgereit to witness history.
He followed that with a perfect 300 in Game 2. He fired a 278 in Game 3 for 33 strikes in 36 chances. It was a pretty spectacular night in the VIB League, which might stand for very important bowler.
That might not be a direct reference to Butgereit, but it should be.
“I threw 11 straight strikes the first game,” Butgereit said. “Then I look back and there’s a lot of people starting to pile up. About halfway through the second game I realized that I could have a good night.”
Yeah, it was pretty good. Butgereit set a state youth record and a Woodleaf house record. It wasn’t just another night, but the young man stayed level-headed.
“I had the same mindset in my head like I would any other night,” Butgereit said. “Everybody kept saying ‘how are you doing that?’ and I said ‘I’m just bowling.’”
Even more amazing is the fact that the rising senior at West Rowan has been bowling for three years. He first bowled a 300 on Feb. 28, 2013. You could say he’s a natural or that it runs in the family.
“My grandpa carried a 200 average well into his 80s,” Butgereit said. “My dad averaged around 200 too.”
Like most ventures for teenagers, bowling started as a casual hobby. About a year into it, Butgereit figured out he was no average joe and put more time into it.
“I started coming up here every now and then with my neighbor,” Butgereit said. “Every Sunday, they had a 20-dollar all-you-can bowl thing. I got my first bowling ball and it just took off from there.”
Every other week in Statesville, there’s a tournament that begins around 11:30 p.m. and doesn’t end until 3 a.m. Butgereit shows up, finishes out the tourney and goes to school the next morning.
“It’s bowling over everything right now,” Butgereit said. “Eat, sleep, bowl and play a little video games.”
He’s bowled throughout the south and as far away as Buffalo. He’s earned a spot on a state all-star team.
Some small colleges have approached Butgereit about scholarship offers. He boasts a 4.25 GPA and wants to pursue engineering.
He moved with his family to Salisbury from Austin Texas, when he was nine. Dad, Buck, and mom, Shelly, go with him to prominent tournaments.
He credits other bowlers like Jay Hargrove amd coach Bryson Lamb for his ascent.
“I always give everybody high fives and tell them good shot,” Butgereit said. “I always try to be a good sport.”
Of course, he hears that more than the others.