Plenty of rehydrating after 99.5 miles in the sun 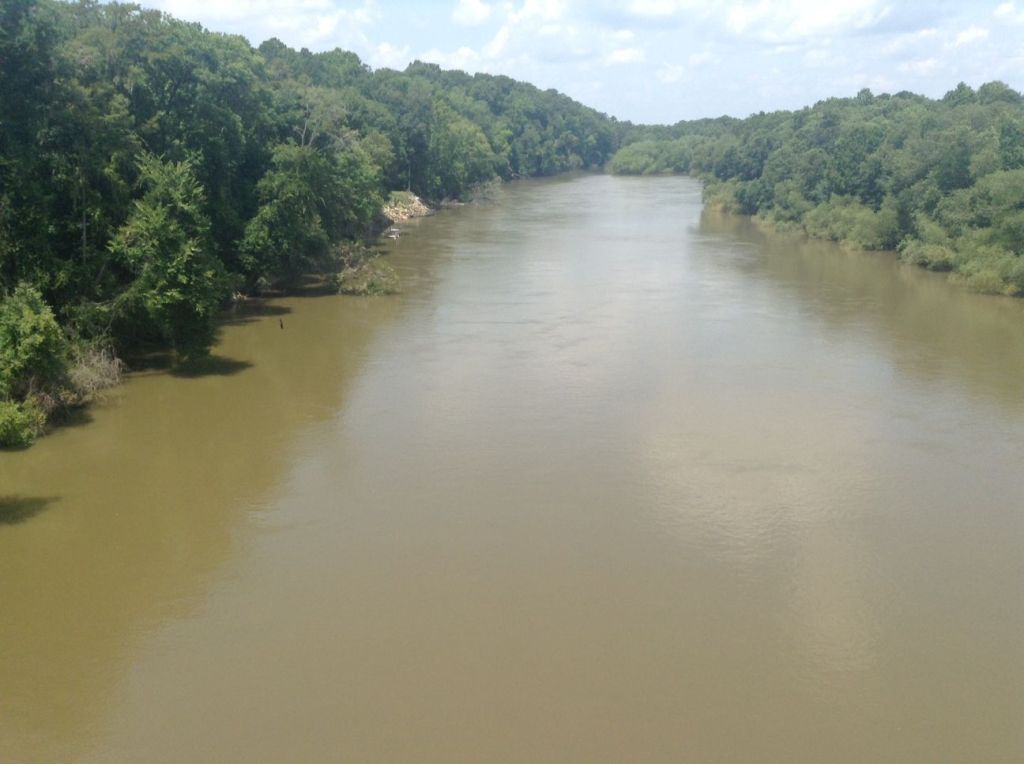 While planning for today’s ride, I had several goals in mind. I wanted to make it into Georgia, finish the Adventure Cycling Map 5 by reaching Statesboro and see if I could find a good motel for the right price.
To do all of this, I knew I would have to ride close to 100 miles on some questionable roads and finish during a hot afternoon.
Here is how it all turned out:
The night at the Rice Planter’s Inn in Walterboro, S.C., was just about perfect. Good sleep for sure, and I was recharged and ready to go. I headed out toward a town called Yemassee, still on US 17A. No reason to stop, so I headed toward Pocotaglio. This little town is right beside Interstate 95 and was made up mostly of motels and fast food places. I kept going here too, and actually rode beside 95 for about four miles.
Next was a town called Gillisonville, though with only a few churches and some houses. By this time, I mostly had the roads to myself. There were no traffic issues all day, and the roads kept improving. About this time, I noticed a headwind that was gaining in intensity. That helped me to stay cooled off, but it made pedaling harder for the rest of the day.
After Gillisonville, I rolled on through Pineland and Robertville, all on Highway 462. I stopped in Garrett to talk with Robbie Williams about my ride and his cycling. He was opening the Post Office for the day. He sent me over to the local store so I could get some ice and ice cream.
It worked, and I headed toward the Savannah River and the Georgia line on Highway 119. There was a big climb to go over the river but there was no real “Welcome to Georgia” sign like I hoped for.
Next came a turn on a long and pretty road called the Clyo-Kildaire Road, named for the small towns on either end of it. Not much at either place.
After about 70 miles, my final goal was Statesboro, still about 25 miles away on Highway 24. I found brand new Georgia paving and white lines, but an ever stiffening headwind. It seems there is always a trade-off, and there certainly was this time.
Finally, and I could really drag that word out, I reached my destination of Statesboro, Ga., after a very hard 99.5 miles.
The heat index was supposed to be well over 105, though the headwind did cool me some. Still, I am drinking everything I can to rehydrate.
Less than 800 miles to go now, and tomorrow I will start working my way back toward the coast. This time, it will be in Florida near Fernandina Beach, though still a couple of days away.
I didn’t have much history today, though I did resolve to read the book about “Arab,” the Civil War horse after finding a historical marker about it.
Another thing that I found out at the motel last night: South Carolina and Georgia once produced 90 percent of the country’s rice and exported it as well. Rice, once called “Carolina Gold”, was grown on 70,000 acres in the two states. Today, there are still rice fields in the area.
I will do some planning tonight and probably will have at least one more full day in Georgia. Over 600 miles of biking will be in Florida alone, by far the longest state on this ride. Time to get back to rehydrating.
Rowan County resident David Freeze is cycling from Bar Harbor, Maine, to Key West, Fla. Contact him at david.freeze@ctc.net.